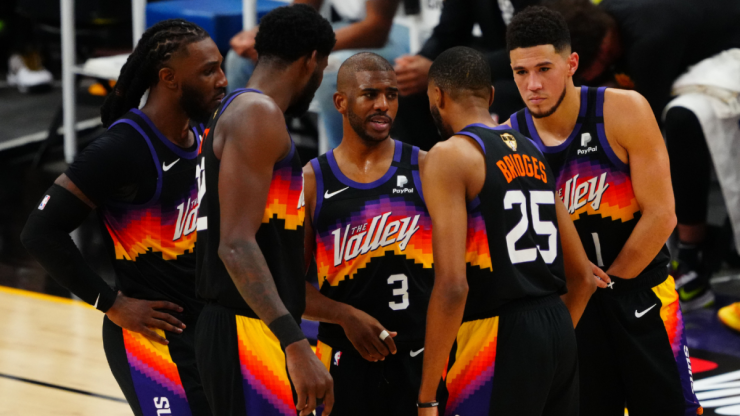 During game two of the NBA Finals, the Suns were playing like they have been there before. They had the prettiest 10-pass sequence that the Bucks could not keep up with.  Paul and Booker both played over 40 minutes and had 54 points combined. Losing by 10, Giannis gave it all he had and left it all on the floor.

He had 15 field goals which were more than twice as many as any other Bucks’ player. Antetokounmpo had a double-double with 42 points and 12 rebounds, it was not enough to escape Talking Stick Resort Arena with a win to tie the series. At the end of the game Antetokounmpo said, “we know what the deal is, we’ve got to go back home and protect home.” Game three will be hosted at Fiserv Forum.