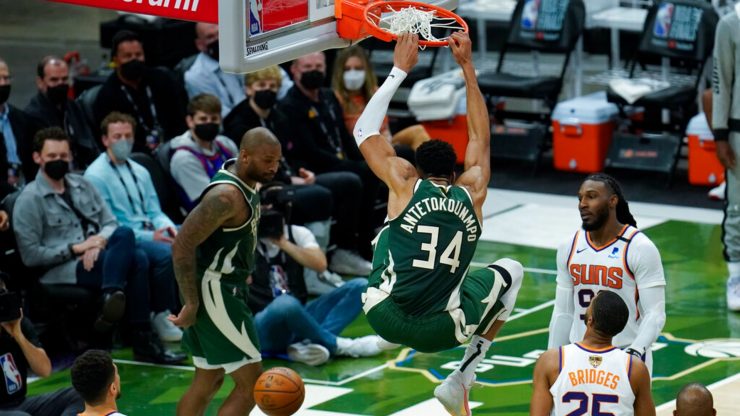 Game three of the NBA Finals was the turn that some people may or may not have been what some people were expecting. Giannis came out firing and had another 40 point game along with 13 rebounds and six assists in the Bucks’ NBA Finals home debut since 1974. During this blowout loss, Booker played 29 minutes and went 3 for 14 scoring only 10 points.

With game three in the books, the Bucks go down just 2-1 with their hopes high for game four back at home to tie the series as they are seeking their second NBA title in 47 years. Game four is set to be played on Wednesday July 14 at 9 PM Eastern Standard Time.