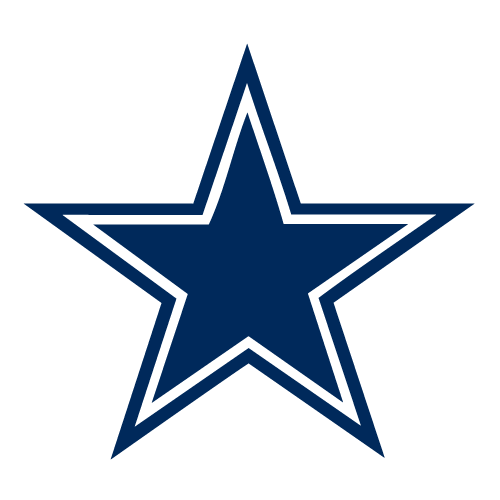 On his general impressions of the game

“I think you first have to judge the performance. I was hopeful we would perform better, particularly in the second, half, but that was not the case. Just a lot of basic errors and penalties and things like that. So, that’s obviously an opportunity for these young players to learn from. The best thing about our preseason was really to be consistent on what we’ve talked about. We’ve been able to generate and enormous number of reps for our young players. So, as we walk into the meetings tomorrow, I think we’ll have clear information to make some hard decisions.”

On if the game made him question the team’s depth

“I don’t think so. I think it’s like anything this time of year – it’s not who you play, it’s how you play your guys, regardless of the match-ups and how it sorts out on the other side of it, because I had no idea what their plan was going in, how long their stars would play and all that. I’ve always felt that’s irrelevant. It’s just to get the combinations of sets for your players, and then create and looking for a young guy to step-up and do some things. There were moments when we had it. But most of our issues were self-inflicted in the second half. I thought we were ebb and flow in the first half and were starting to get some momentum, particularly in the end of the second quarter. So, we would like to have seen a cleaner game from our guys in the second half. Didn’t happen. But, like I said, the best thing is the amount of football this particular draft class was able to participate in.”

“I mean, not to be Captain Obvious, but we’re full steam ahead to Tampa. We’ve lost some opportunities to practice with Dak, so now that he’s back our focus really, part of Kellen’s focus and Dak’s focus, has been this past week – we need to get as much in between no and the Tampa Bay game, so our focus is on Tampa.”

“Definitely. In a normal setting of camp we may have been able to do a little more on the first game in this last week, but this is a new schedule with three preseason games. I know we played a fourth with that that one early, but having a bye week before the first game on top of the bye week, there’s certain mandates, whether it’s three or four days off during that bye week, there’s things you’ve got to work through. So, I would like to have maybe spent more time on Tampa this past week, just didn’t work out there.”

On Cooper and Gilbert

“I thought they were solid. So much of playing quarterback in the preseason, especially the second half of preseason, or close to that way for decades, is things are going to go wrong. And Ben DiNucci had a number of situations where the route wasn’t right or different situations. You’ve got to play through that. That’s part of the adversity of playing preseason football. You don’t like it, it’s not OK that it goes on, but every quarterback that’s played in this league, particularly in those younger years, plays in the second half of these games. Stuff like that happens. And you know, that’s part of adversity. We just weren’t very clean in the passing game. In the second half we were able to respond. there was a little silver lining there with the last drive, went down, scored a touchdown.”

On how they will get Dak fully ready for week 1

“It’s really what I just said, was the players are off until Thursday, so we won’t be back together, our first team meeting will be Thursday. We’ve got Thursday, Friday, then they’re off again on Saturday. This is the new schedule. So we’ll go Thursday, Friday, they’re off Saturday and then Sunday, Wednesday we’ll get on the plane and go get it. We’ll do everything we can in the timeframe.”

On how Doug Nuss Meier handles his platy calling resp0nsibilites

“I thought Doug called a good game. He was quick with his calls, was assertive. Adjustments were clean. I though Doug did a really good job with communication and just the process, the personnel, doing those things. But, it’s like anything, I wish the results were different. But I thought both guys did a really nice job.”

On the defense in preseason

“I think that just the depth that we have on defense is totally outstanding, you could see that very early in camp. The defense frankly was ahead of the offense almost the whole way. The offense had some good practices there against those guys. Defensively, I’m very happy with the different combinations of players, different personnel group flexibility that gives us. I think our defense has had a good training camp.

On making cuts over the next 24 hours

”These are the worst days…the next 24 hours is clearly the worst part of the job.”

On how he will evaluate Cooper versus Garrett

“That’s really what these next 24 hours will be. We’ll watch with the staff tomorrow. With Jerry and Stephen tomorrow afternoon. We’ll start the process.”

On what he thought about the interception from Ron’Dell

“I thought we were able to get some momentum there, for the half that’s a big play. That’s something, particular for the young guys that we’re emphasizing to get hits on the ball, to get more hits on the ball. I think we’ve done a good job of that in practice. But the application to the game is not quite what it needs to be, so that’ll be a big focus for us moving in to Tampa.”

“It’ll go by fast once it hits, the next two will go by slow.”

On playing the world champions to open the season

“I look forward to it. We talked a little bit last night, we started this quest April 19th, there are 300 days that are available to reach a Superbowl. Everything in between there, you have to keep your eye on the target, one day at a time. First games the most important game because it’s the next game. There’s some Coaching 101 for you. I’ve played that game on both sides of it. On the field in opening game, it’s a kind of energy. So, it’s a great game to compete in. Our guys, trust me, they’re looking forward to it we can’t wait to do it.”

“Really, that’s a great question. How’s it going to go this year? It’s no different than those questions about the draft – it’s been a while since we’ve been in a normal year. So I’m curious to see if this one’s going to be very active or if it’s going to be slow. So this is clearly a wait to see opportunity. I don’t know what to expect.”

“We held him out of practice yesterday then was inactive today. I would think he’s be available next week. I have nothing to think different at this point.”

“Call the Jones family, nobody does it better than they do. Having an opportunity to coach in New Orleans, and go through this, the hurricane challenge, it puts a tremendous amount of stress on the families of the Saints, of the whole region, the Golf Coast region. So, my heart goes out to those guys. From the Jones family, I’m sure it’s just great to be in a position to help.”

“My understanding is if we stay clean from this point forward, then come Thursday we’ll have everybody good to go.”

On this year preseason versus last year

“I mean, there’s no comparison, This time last year, we were trying to figure out, with the Covid protocol, really how the games were set up. So, it was really just a different product. I think just the way our football operations has handled the challenges this past week is a great example of just how different it is. There is a sense of regularity and normalcy to a season, and it’s my job to try and keep it that way as much as possible for the players, and I think with the resources and the experiences from last year, we’ll be better served to anticipate these challenges.”

“I was excited to get that shot right before half time. I just wanted to see the ball of his foot. Frankly, from my angle I thought it was there. So, just to get a couple of kickoffs, that’s exactly what we needed.”