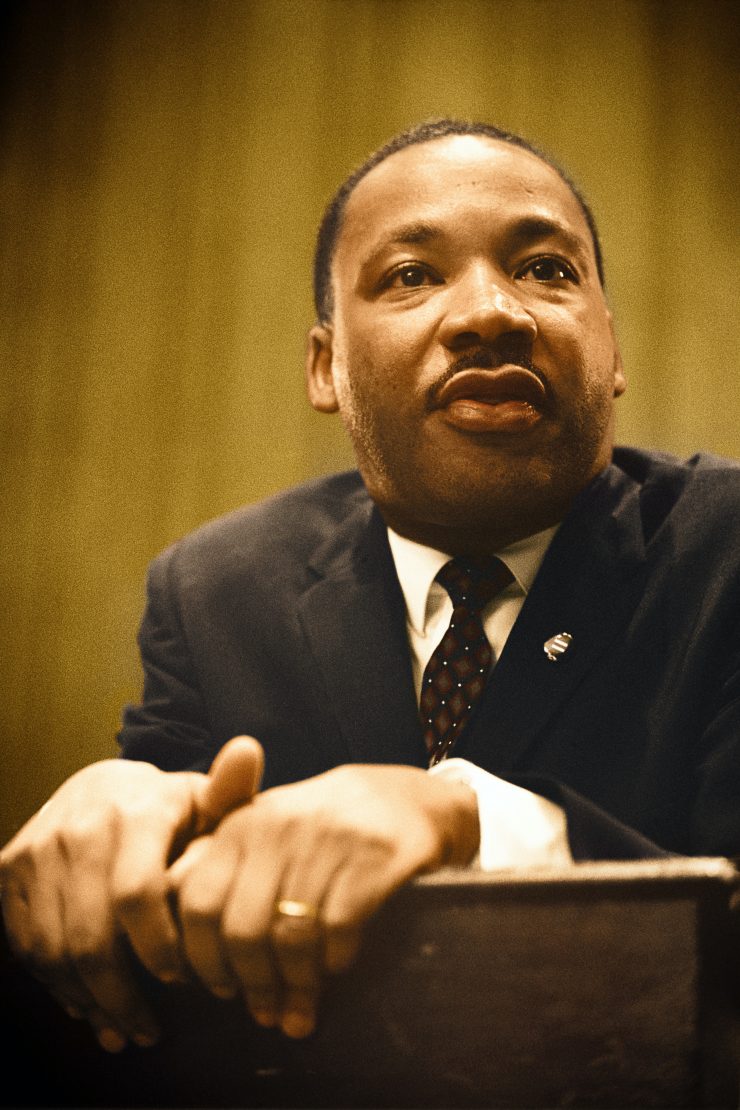 The sculpture by acclaimed Ghanaian Artist Kwame Akoto-Bamfo pays tribute to African American History and the ongoing fight for racial justice and engages audiences in dialogue on hope and healing as part of National Blank Slate: Hope for a New America Tour

ATLANTA, GA – August 25, 2021 – On Friday, August 27 at 10 a.m. EST  the Blank Slate: Hope For a New America sculpture will be unveiled at The King Center in Atlanta, to celebrate the 58th anniversary of Dr. Martin Luther King’s “I Have a Dream” speech and the 1963 March on Washington, DC.  The unveiling ceremony will kick-off commemorative marches being held Saturday, August 28th in key U.S. cities including Atlanta, Miami, Houston, Phoenix and Washington, DC. The 2021 marches will focus on voters’ rights, voter education and registration.

The unveiling ceremony will be accompanied by a voter education, voter registration, Beloved Community Virtual Town Hall, in partnership with the King Center andAssociation for the Study of African American Life and History. The statue will remain on public display at the King Center from August 27 through September 5, 2021 to ignite a dialogue on hope and healing for our nation and our world.

At a pivotal time for racial justice in America, where law enforcement brutality and gun violence have taken the lives of George Floyd, Breonna Taylor, Trayvon Martin, Duante Wright, and innumerable others in the past year, this mobile art installation was created by Ghanaian Artist Kwame Akoto-Bamfo as a bold counterpoint and challenge to the more than 1,800 Confederate monuments and symbols still on display in public spaces across the United States.

The Blank Slate statue is traveling on a flatbed truck to cities that are important to African American history, including those with a painful legacy of racial injustice and Black perseverance such as Louisville, Princeton, IN, Detroit, Chicago, Pittsburgh, Philadelphia, New York, Washington D.C, and Charlotte, NC.It will remain on display in Birmingham, Alabama until March 2022 when it is moved to a permanent location, determined by a multi-city bidding process.

Akoto-Bamfo’s mission behind the statue and tour is to use art to forward the racial and social justice movements, help inspire the healing of the nation, and elevate the voices of the silenced and oppressed by giving people a platform to let themselves be heard. There must be more public recognition of black art and artists.

Akoto-Bamfo, best known for his outdoor “Nkyinkyim Installation” sculpture dedicated to the memory of the victims of the Transatlantic slave trade displayed at the National Memorial for Peace and Justice in Montgomery, Alabama, created the Blank Slate statue to challenge the overwhelming prevalence of this legacy by raising awareness of the entrenched issues in each city and inspire a dialogue for a more hopeful future. The statue is unapologetic in its representation of American history in the midst of today’s racial crisis and is a visual representation of the evolution of the African American experience and struggle— from the millions of enslaved men and women who were crucial to the foundation of the U.S., to the Black soldiers who died fighting in the Civil War, to the more recent lives of those taken by law enforcement.

“The King Center is honored to host the unveiling of this profound work of art by Mr. Kwame Akoto-Bamfo. The Blank Slate Monument is a creative, interactive concept which has a virtual component that allows not only the artist to express his feelings through his work, but also allows the art observers to express their emotions immediately upon viewing the piece. When I look at this monument it reminds me of my mother Coretta Scott King’s quote, “Struggle is a never- ending process. Freedom is never really won, you earn it and win it in every generation.” I hope everyone who has the opportunity to visit The King Center and view this monument will be inspired to do their part to ensure the freedom of future generations,” said Dr. Bernice A. King, CEO of The King Center.