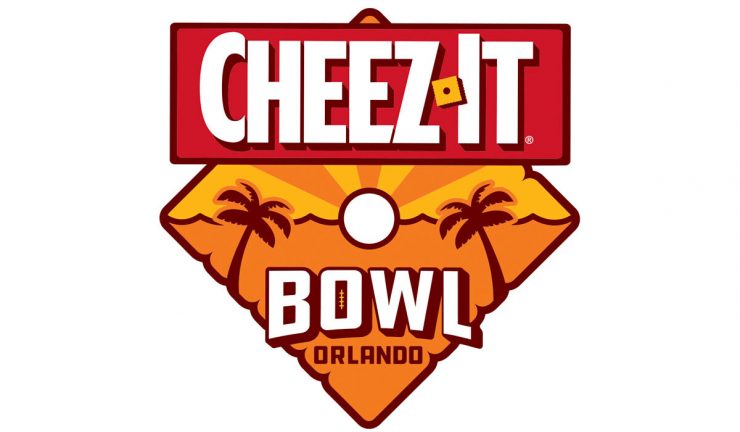 ORLANDO, Fla. – Cornerback Mario Goodrich forced a key fumble on fourth down with 33 seconds to play as No. 19/22 Clemson withstood a late rally to claim the 2021 Cheez-It Bowl, 20-13, over Iowa State (7-6) at Camping World Stadium in Orlando, Fla. The win was Clemson’s 10th of the season, marking the 11th-consecutive year in which the Tigers (10-3) have won 10 or more games. Clemson won its final six games of the season.

“It’s all about how you finish,” said Dabo Swinney, who won his 150th game as Clemson’s head coach. “What an unbelievable effort by this team. Ten wins in 11 straight seasons – that’s historic. People don’t realize how hard that is to do. We were back-against-the-wall at 2-2, and they finished tonight.”

Holding a 20-13 with less than two minutes to play, Clemson leaned on its defense to come up with a stop. Iowa State quarterback Brock Purdy scrambled to convert on a 4th-and-2 with 40 seconds to play when Goodrich poked the ball loose, sending it back behind the line to gain. Purdy recovered short of the first down, and Clemson took over in victory formation.

Goodrich, who was named the game’s most valuable player, also added an interception return for a touchdown late in the third quarter, which gave Clemson its final points. The Tigers held Iowa State to 270 total yards, 66 on the ground, and just 112 total on 35 plays in the second half.

Clemson quarterback DJ Uiagalelei was 21-for-32 for 187 yards, while Clemson’s ground game finished with 128 yards.

Clemson took the opening kickoff and scored on its first drive, which went a season-long 8:08 on 15 plays and 69 yards. B.T. Potter drilled his 20th field goal of the season, a 23-yarder to give the Tigers a 3-0 edge, as Clemson ran 11 times during the drive.

After trading scoreless drives, the Cyclones tied the game at 3-3 with a 22-yard field goal, capping an 11-play, 78-yard drive.

After a field goal miss from the Cyclones, Clemson took the next drive 41 yards before it stalled out, and Potter connected from 51 yards with 4:07 to play in the half. The kick was Potter’s seventh career field goal of 50 yards or longer, the most in school history. He also added to his single-season (12) and career (26) school records for field goals of 40-plus yards.

Clemson had one final chance at points just before half, but Potter saw his streak of consecutive made field goals end at 13 as he missed a 36-yarder to the left.

Running back Will Shipley took a delayed handoff through the right side untouched from 12 yards out with 4:54 to play in the third quarter, putting an exclamation point on Clemson’s 16-play, 79-yard drive, which ate up 7:39 of game clock. Clemson gained six first downs during the drive.

Just 53 seconds later, Justin Mascoll batted a pass from Brock Purdy up in the air, before Purdy hit the deflected ball to Mario Goodrich, who took it back 18 yards across the field for a touchdown, giving Clemson a 20-3 lead with 4:01 to play in the third quarter. The interception for a touchdown was Clemson’s first since the Florida State game in 2019.

After a three-and-out, Uiagalelei had a ball tipped and intercepted on the Clemson 28, but the defense held, forcing a 45-yard field goal, drawing the score to 20-6.

After a three-and-out, Iowa State drove deep into Clemson territory. Purdy hit Charlie Kolar for a six-yard score in the back of the endzone with 9:42 to play to pull the Cyclones within seven at 20-13. The Tigers came up empty on their next drive but pinned the Cyclones inside their own five yard line with just over six minutes to play, but K.J. Henry came up with a sack on 3rd-and-14 to give Clemson the ball back.

After going three-and-out, Clemson again leaned on its defense to come up with a stop. Goodrich’s forced fumble halted Iowa State’s late run.

Clemson now heads into the offseason to prepare for its 2022 campaign. The Tigers will open the 2022 season on the road when they face the Georgia Tech Yellow Jackets at Mercedes-Benz Stadium on Labor Day night on Monday, Sept. 5. The rest of Clemson’s 2022 schedule will be announced at a later date.