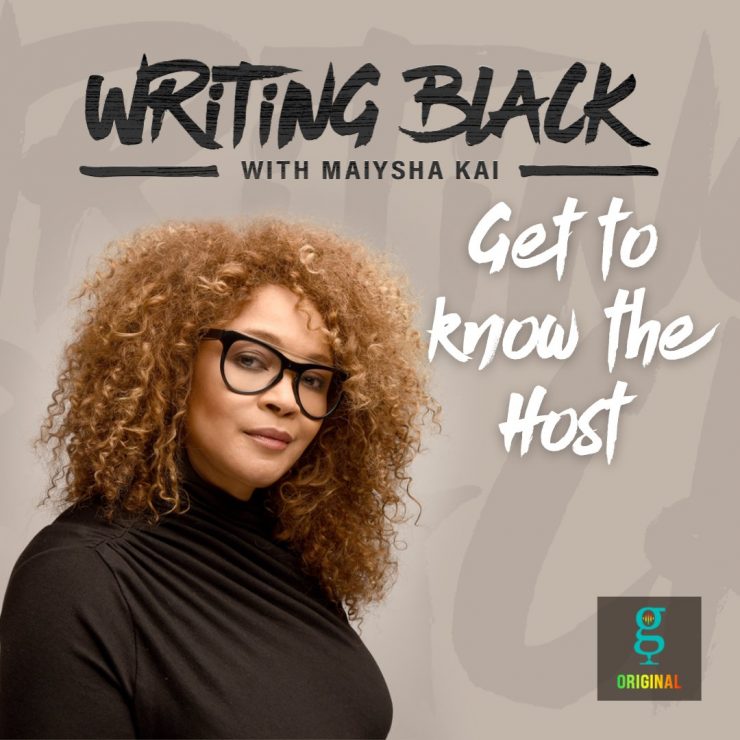 Byron Allen’s TheGrio Black Podcast Network (TGBPN) proudly
announces its newest podcast, “Writing Black” with virtuoso host Maiysha Kai
(Twitter: @maiysha), premiering Sunday, August 14. Kai is not only known as the Lifestyle Editor for TheGrio but has cemented herself as an expert on arts, culture and aesthetics. With a background in modeling, singing and songwriting, being a published author and editor in her own right and even having a Grammy nomination under her belt, her conversations are worth listening to for all audiences.

As “griot” is a West African term referring to one who carries and communicates the experiences and legacies of their people, “Writing Black” epitomizes theGrio’s ethos as a platform centering the stories and lives of Black people. With weekly episodes featuring wordsmiths across mediums and genres, Kai’s podcast will showcase the myriad ways Black people tell their stories, and how identity both informs and intersects with craft and language.

Each episode will be a unique conversation with Black authors, journalists, poets, playwrights, songwriters, comics and more speaking from across the spectrum of Black culture and experience.

Sam Jay debuts August 21
Maiysha sits down with comedian and TV writer Sam Jay about her HBO series “Pause” and “Bust Down” on Peacock, as well as making space in comedy for others. Maiysha talks with best-selling author Robert Jones about his book “The Prophet,” how his identity influences his writing, and writers that influenced him.

Keith Boykin
Maiysha has a candid conversation with political commentator Keith Boykins about bringing his identity into politics, his numerous books, and how he navigates social media.

Ayana Gray
Maiysha sits down with New York Times bestselling young adult author Ayana Gray as they chat about her life, her novels being picked up by Netflix and a discussion about her favorite authors.

Listeners can look forward to additional podcasts available on TheGrio’s free mobile app and everywhere they find their favorite podcasts, including iTunes, Spotify and Stitcher. To download TheGrio Black Podcast Network or for more information about our podcasts visit theGrio.com.