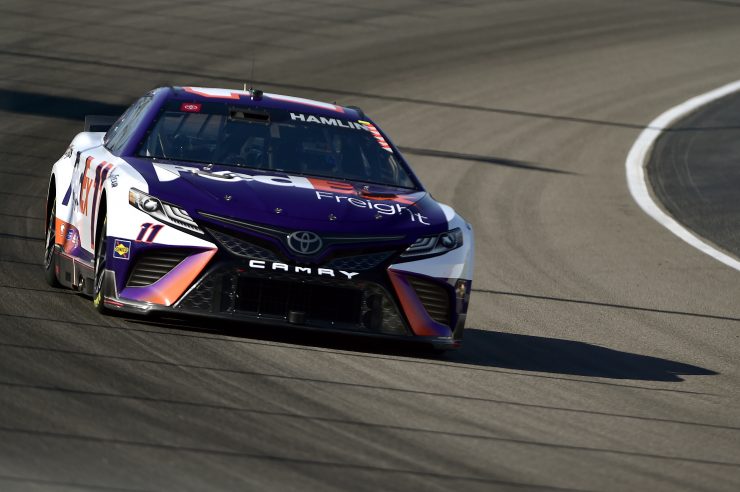 What If Denny Never Wins A Championship

If you look at a list of drivers who never won a Cup Championship, every list is headlined by drivers like Mark Martin and Junior Johnson. You can throw in Dale Earnhardt, Jr. and Carl Edwards for the more recent drivers, as both had Hall of Fame careers but not a title to put on the shelf. So what if Denny Hamlin doesn’t win a championship before he retires? Where does he go on the list of the greats that never won it all?

My list is simple. I looked at drivers who raced with excellence throughout a career and competed for championships but fell short on more than one occasion. Some will disagree with my rankings, and I encourage you to let me know what your list looks like. But for the most part, I feel like this is spot-on rankings. And I will include Denny on this list as he currently does not have a title.

Dale Jr. never won a title, but he should have. The way that everything played out at DEI changed his entire career trajectory. Had Jr. been given the keys to the team that his late father built, I think there is no question that Jr. would get at least one championship. During the early years, DEI was winning races by the dozen. The closest he came to winning it all was in 2004. Jr. won six races that year and was the points leader when the Chase started. Back to back 33rd place finishes down the stretch derailed his chances, and Kurt Busch would win the title.

From 1961-to 1967, Fred Lorenzen grabbed a startling 26 wins spanning just 112 races, an impressive 23% win percentage. In his time, NASCAR was still ironing out rules and regulations and how to make and manage a schedule. In 1972, NASCAR started running mid-week races that were smaller in length, which was right up Fred’s alley. By then, his career was all but done, his final season was in 1972, and he only ran eight races that year. Had NASCAR implemented the short track schedule earlier, I think Lorenzen would have won a few championships.

Cousin Carl had a career to remember. He was the good guy and the bad guy at the same time. Carl started with Roush Racing, where he had his biggest success. In 2005, his first full-time season in Cup, Edwards won four races and finished tied for second in points, just 35 behind champion Tony Stewart. Three years later, he dominated the regular season and flirted with the points lead throughout the playoffs, but poor finishes in two of the Chase races put him in a hole too big to catch Jimmie Johnson, so another runner-up finish occurred. Then in 2011, Carl Edwards was primed to finally win a title, going into the last race of the year with a slight lead of again Stewart, only to finish tied for the title, with the tie breaker being most wins in the Chase, so Edwards would again finish runner up. Looking at those seasons, it’s easy to see why Carl is on this list.

Mark Martin was a fan favorite for decades. His quiet demeanor made him a likable driver all around. On the track, though, he always let his driving talk for him. From 1989 to 1999, his worst points finish was sixth, and he was runner up three times in that span. In 1998, he had his best season ever, winning seven races and having an average finish of 8.6 to end the year. The only problem was that Jeff Gordon had a legendary season with 13 wins and an average finish of 5.7 the same year. Both drivers went toe to toe down the stretch and seemed like Mark was making up ground but finished 364 points behind. For comparison, Martin’s 4949 points would have won him a championship in any of the previous seasons he had run. Martin had another close call in 2009 running for Hendrick Motorsports, but once again was left chasing a legendary driver having a legendary season named Jimmie Johnson.

I hope to remove Denny from this list before too long. But as of today, I feel as if no driver has had a better career without a championship. Denny scored eight wins in 2010 and raced Johnson for a title but came up short. Currently, Hamlin has an impressive streak going. He has not missed the Championship 4 since 2018. The unfortunate factor is winning on zero of those opportunities. His 48 career wins without a title seem insane for today’s standards. It would be hard to find another driver to stack him up against if Denny doesn’t win a title before he retires. The clock is ticking, and success won’t always be there. He is in prime equipment and could easily be labeled the best second-place driver of all time without a championship.