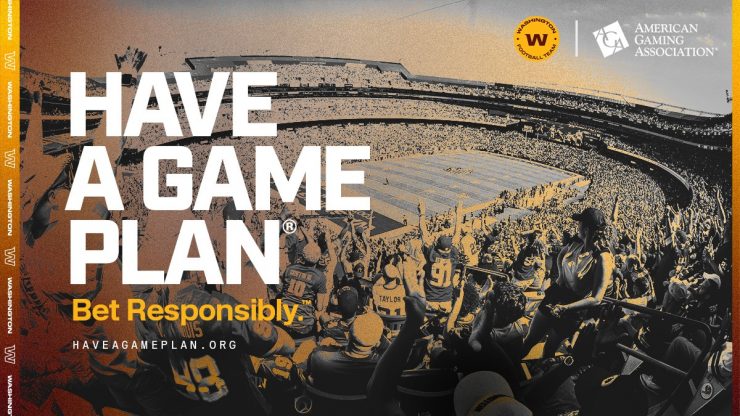 The Washington Football Team will connect Have A Game Plan in-stadium activations, sponsored content on washingtonfootball.com, and campaign promotion on the team’s upcoming preseason radio and television broadcasts.

“With legal sports betting now permitted across our region, we are ensuring responsible gaming serves as a foundation for how we engage in this exciting commercial market,” said Washington Football Team’s Chief Partnership Officer Scott Shepherd. “We’re not only proud to partner with the AGA, the architect of Have A Game Plan, but also proud to lead by educating fans as they enjoy football in an engaging, new way.”

“Getting sports betting right is a shared responsibility for everyone involved,” said AGA Senior Vice President Casey Clark. “The Washington Football Team’s partnership demonstrates their leadership and commitment to making responsibility core to their sports betting strategy. Today’s announcement puts Have A Game Plan in front of more fans and is a step further in building a responsible, sustainable legal market.”

The season-long campaign will launch during the team’s first home preseason game on August 20 versus the Cincinnati Bengals. The Washington Football Team’s preseason

radio and television broadcasts will include 20-second spots encouraging fans to bet responsibly and directing fans to AGA’s Have a Game Plan website for resources and other information.

Sports betting is now legal and live in 22 states and the District of Columbia. During the NFL season, six additional states are expected to launch. The NFL has a long-standing partnership with the National Council on Problem Gambling.