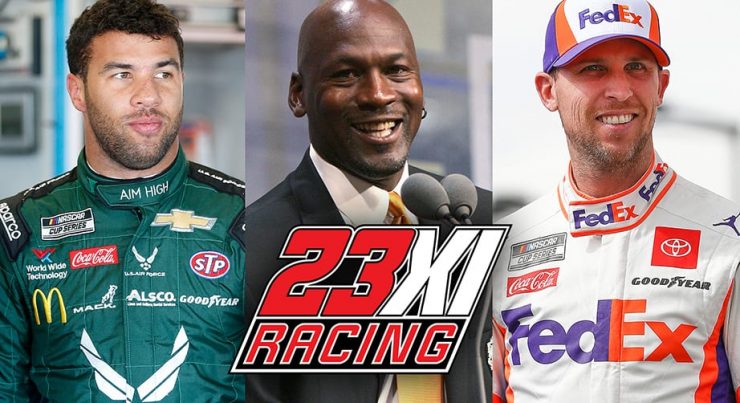 A month ago, Sports and Culture Media predicted that Tyler Reddick would move to Toyota in 2023 after a contract buyout from Richard Childress Racing. The move today became official that Reddick would indeed move to Toyota, but not for Joe Gibbs Racing and not in 2023, but for 23XI Racing in 2024. The move is a bit unprecedented, as this is the first time an announcement was made for a driver change more than a year away.

Waiting until 2024 has perks and also puts into perspective what 23XI Racing Co-Owner Denny Hamlin and Michael Jordan have planned for next season. We were all expecting Kurt Busch to be on the fence about retiring after this season, but now it appears that he will return for another season and possibly retire next year.

Richard Childress Racing must now find a replacement for Reddick after next season. You would think that having plenty of time is a good thing, but it will not be of much help in this case. The move has a lot of domino effects, both for 2023 and 2024. Anyone that pops up on the radar this year won’t likely be available for 2024, and if they are, it’s because the talent gap is too big for a premium ride. Anyone that pops up in 2023 is fair game, but the drop-off seems significantly bigger from the top to the middle of the class.

Think about this as the NFL or NBA Draft. This year’s class of available drivers seems to be top-heavy and talented, with names like Carson Hocevar and Zane Smith in the middle of the course. If you gander into what next year’s class would look like, both names are off that list, and you then hope someone rises from the ranks, or names like Sheldon Creed and Austin Hill are in the middle talent gap would appear substantial.

Of course, there is always the chance a prized NASCAR Cup Series driver becomes available, but if so, is RCR a premiere destination? It hasn’t been in recent years, which is why Tyler Reddick is moving on in the first place. This will not be an easy replacement for RCR, but how much of the problem with keeping drivers is that the team has not moved to add a third full-time team? I think that is a big reason.

For Reddick, this move puts him in what he believes is the best chance for him to compete for a championship. He has run well in RCR equipment, but it’s hard to imagine him competing for a title there. 23XI Racing has partners and investors in place to keep top-notch equipment, and the name Michael Jordan will always attract industry-wide attention. Congrats on the move, and I can’t wait to see what the future holds for both 23XI, and Richard Childress Racing.