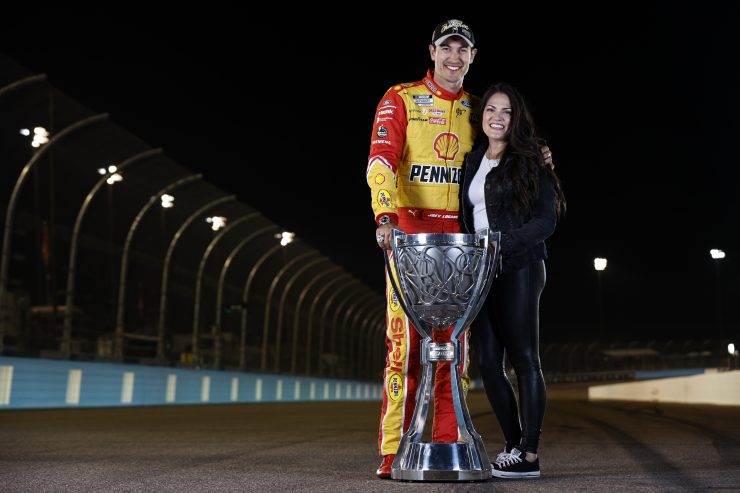 The 2022 season has come to an end. A champion has been crowned, and the teams go into high gear, preparing for next season. The 2022 NASCAR season has been a series of highest highs and lowest lows. From iconic moments to controversy, this season had it all. This Weekly Preview article will take on a different style than usual. This review will be my opinion of how I think this season has been. Starting from Daytona in February and going all the way to Phoenix in November, I will summarize the major events this season and give a score of 100- 100 being perfect and 0 being awful. Without further due, let us begin.

The Daytona 500 kicked off the 2022 season on a good note. Austin Cindric and Penske won the race spectacularly. While the new car was hard to get used to seeing, the car grew on me, and I would argue with others as well. The car had a good showing, and the season was underway. For the majority of the first half of the season, the racing was great. The mile and a half track product were greatly improved, the superspeedways were always fun to watch, and the new Atlanta was quite enjoyable. Comparing this to 2021, NASCAR was taking steps in the right direction. The shortcomings of the 550 horsepower package and poor racing were being forgotten about. Going into the summer stretch, NASCAR was in a good place.

July would see a shift in NASCAR. Before the July Pocono race, drivers had stated in interviews that the next-gen rigidity greatly affected the crashes. The old cars used to tear apart very quickly, taking a lot of the energy off the driver. The next-gen is more durable and rigid, putting much of the energy on the driver in the event of a crash. Drivers had complained that crashes hurt more than they used to. This came to a head during qualifying for the M&M’s Fan Appreciation 400. Kurt Busch lost control of the car coming out of three and backed into the wall. In previous gen cars, the driver would have been refined, and the backup car NASCAR Weekly Preview would come out.

One race turned to two, then three, then four, then out for the season. Kurt Busch had suffered a concussion, a bad one. Ultimately, the concussion would make Kurt Busch announce that he was stepping away from full-time driving. However, Kurt had to step out of the car and sit out Pocono; Ty Gibbs would fill in for him. Moreover, the bad press for NASCAR kept coming. Teams had raised concerns about the new TV contract, asking for more TV revenue.

Kyle Busch’s contract circus and M&M’s pulling out of NASCAR. However, the season marched on. The regular season had come to an end, and the playoffs had begun. The regular season would be a sample of what the playoffs would become, especially for the Cup series. Playoff drivers struggled week in and week out, and non-playoff drivers were winning. While Xfinity and Trucks were going par for the course, Cup was all over the place. During this time, NASCAR announced their 2023 schedule, and the die-hard fans beamed excitedly. North Wilksboro would be the track to host the All-Star race instead of Texas. The All-Star race had been at Texas for a short time, and no one liked that. Texas was a floundering race track that produced boring races, and the 2022 All-Star race was no different. The only highlights of that race are Chastain’s near-flip and Blaney’s near-robbed win. Other than that, the race was boring. North Wilkesboro had just had a revival, and NASCAR jumped at the opportunity to race there. Short-track All-Star racing under the lights in Wilkes County just sounds right.

As said earlier, the Cup playoffs would be all over the place. Playoff drivers were struggling to do anything meaningful out on track, and non-playoff drivers were showing up and showing out. This year, five of the ten playoff races were won by non-playoff drivers; half were won by guys who were not competing for a championship. Let that sink in. Looking at the season for just a quick second, the Cup series saw 19 winners all season, tying 2001 for the most in the modern era. If NASCAR wanted the next gen to level the playing field, it did its job well. But of course, the big talking point of the playoffs and the entire year is Ross Chastian’s move on the last lap of Martinsville. Chastain was 2 points out of the championship four and needed two spots to tie Denny Hamlin (Chastain would have won the tie-breaker). Chastian had no one else around him when he started the final lap. Going down the backstretch, Chastain floors it and goes into fifth gear, and wall rides turn 3 and 4, making up the necessary positions and passing Denny at the last second, punching his ticket to Phoenix. While some criticized the move, many fans saw it as an instantly iconic move. NASCAR was trending due to this.

But, this move was a double-edged sword. NASCAR was the hype after the move had been spread across social media; however, it neutered the championship race of all hype, as nothing could top Martinsville.
The season went out with a whimper. Phoenix was a boring affair, and I look for Phoenix to no longer be the championship race in a few years. The Trucks were okay, Xfinity was fun (only at the end), and Cup was a snoozefest. Many fans were sour over who won the Xfinity and Cup championships- Ty Gibbs for Xfinity and Logano for Cup. Many had pegged Noah Gragson and Chase Elliott to win their respective championships; that was not the case. Ty simply outdrove the other Junior Motorsports drivers and marched on to win. Joey Logano came with a dominant and fast car, and no one could compete with him. Chastain would spin Chase on a restart, effectively ruining his championship run. Logano would dominate the race and win the championship.

This season has been very good, not great but very good. On a scale of 0 to 100, the seasons pass with an 85%. There were plenty of good, iconic, and historic moments this season; however, the lows of the season kept this season from being great. Injuries, race-fixing, and other controversies keep this season from being any better. All that said, until February of 2023, the weekly previews will be put on hold. The history articles will be returning during the off-season to ensure that NASCAR content will still be coming your way. If any big news comes up between now and February 2023, it will be included in the articles, but it will not be the main focus. Finally, it is time to say farewell to the 2022 season. It has been a good one.