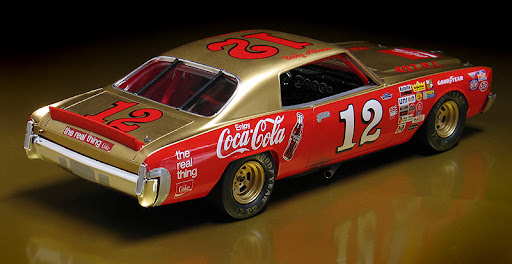 The Race That Nobody Won

Bowman Gray Stadium, August 6th, 1971. The race track has been dubbed “NASCAR’s longest-running weekly race track.” The race was scheduled for 250 laps, was run in fair weather conditions, and won by legendary NASCAR Hall of Fame driver Bobby Allison. There was no question who won, no photo was needed, and no controversy during the race.

As soon as the race ended, Richard Petty filed a complaint with NASCAR Officials, stating that Allison had an unfair advantage because the Ford Mustang driven by Allison had a smaller wheelbase. Ironically, Petty was the driver to complain, seeing how his wins were contested during the Hemi Engine days. Several drivers have gone on record stating it was an unfair advantage for Petty Enterprises. Still, NASCAR never took a single win off the board.

Currently, Allison, the 1983 NASCAR Cup Series Champion, has 84 career Cup Series wins, tied with Darrell Waltrip for fourth on the all-time list. I have personally looked over the evidence against  Allison and see quite the parity in NASCAR’s decision to strip him of the win. Allison drove a Ford Mustang, which was called a smaller pony car when racing against Grand National cars (today known as the NASCAR Cup Series). The other smaller ponies were Chevy Camaro’s and AMC Javelins. Under the same circumstances, Tiny Lund won two races in a smaller pony car and still has credit in the Cup Series for both wins to this day. The Grand National Series ran cars like the Plymouth Roadrunner and the Dodge Daytona.

NASCAR didn’t just strip Allison of that win; they also never declared an actual race winner. The only place that I have looked that does not list Allison as the winner is the official record of NASCAR. But if the race was NASCAR Sanctioned, which it was, and the race had only one filed complaint, which it did, how did NASCAR go against the race results without traditional evidence of cheating?

That question is still unanswered today, and for  Allison and his family, the race now is for an answer before we lose  Allison, who is now 83 years old. After reading stories about the win that didn’t count, I feel obsessed with forcing a resolution. And for me, it comes down to two simple things: Tiny Lund wasn’t stripped of his premier series wins under the same circumstances, and someone needs to be given credit for the win, even if it’s not Allison. All we can do is hope that someday, someone at NASCAR grants the victory to the man who earned it.