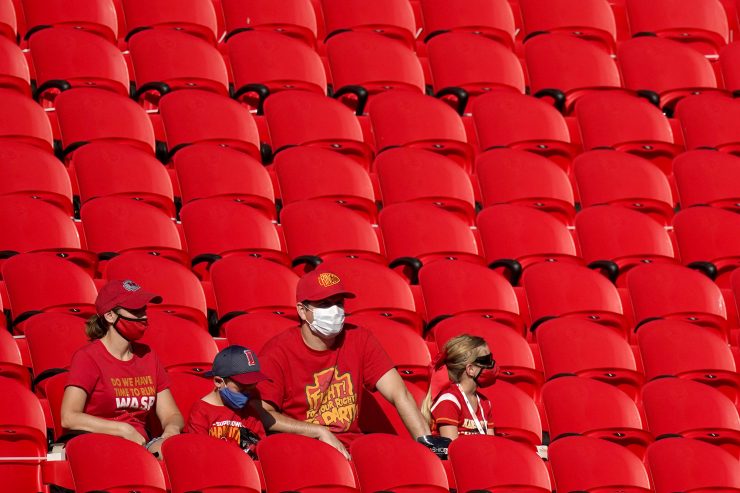 The Future of Sports

You can’t check sports news today without reading about an athlete in Covid Protocol. It’s the new normal, the new way of life for celebrities and athletes alike. As fans, we only read about what is happening in the sports world, we are not living it, and we are certainly not in touch with the effort being made to keep sports going amid a Pandemic.

Every major sport has a Covid Protocol now, an outline of what to do if an outbreak occurs. In recent weeks, games across all sports have been rescheduled or canceled, with the number of infected rising daily. All marks are fueled by money, plain and simple. When the process is discussed on what to do, money is always factored. The safety of the players is essential, but let’s be honest here, if the owner of the team has to replace a player that is on the Covid list, there is always a chance that player might be replaced permanently.

So what does all this uncertainty do to the future of sports? Great question. I tried to reach Christopher Lloyd all day, but I’m told he might already be in the future and can’t comment at this time. The only certainty is that as long as there is money coming in, the teams will do their best to play the game the way it was intended. But what if there was a way for sports to still go on, without fans ever being at the venue? Imagine paying for a courtside seat in Madison Square Garden, but you are not there; you are using an app that allows you to see and feel the game as if you were there, from that exact perspective. It sounds pretty crazy, but I believe the thought of such has been discussed in recent times.

For example, let’s take racing; NASCAR has been experimenting with drones for a few years. The drones give them amazing angles of the race that cannot be seen from any seat at the track. So what if NASCAR decided to allow fans to pay for exclusive camera access through one or more of their drones. This access could come with the ability to switch between different drones to get the best view at the best time during a race. Fan interaction is an amazing selling point, bringing in extra income at every event, which is not something new.

A decade ago, I went to a music festival and paid the extra $400 for VIP access giving me front row access to every stage. The ability to offer fans an exclusive VIP package virtually could usher in a new era of sports entertainment. You could sit in the front row at any event you want while never leaving the comfort of your own home, and fans would pay a fortune to do it. If the future of sports has to evolve to stay at the level that it is now, these virtual packages could be the answer to keeping the money coming.