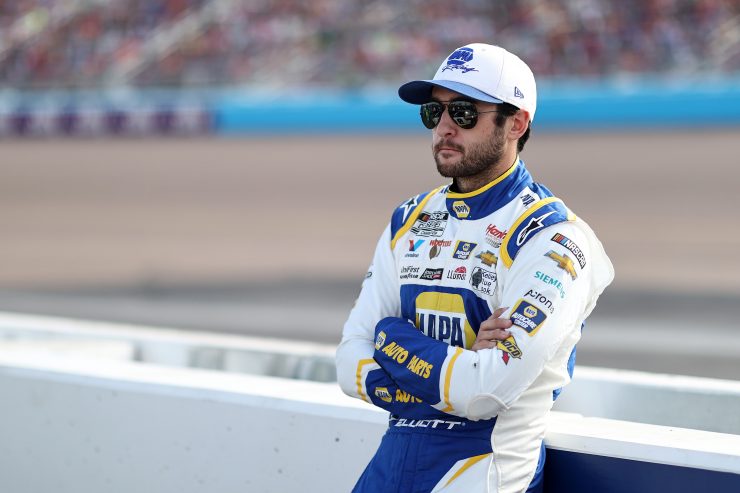 The Cup Series Reaches the Gateway

It was a project decade in the making. The Xfinity Series has raced at Gateway, today known as World Wide Technology Raceway, since 1997. The Cup Series has never run an official race at the famed track but will do so this weekend. The irony is that the Xfinity gang is at Portland International Raceway this weekend while the Cup and Truck Series runs at WWT.

It’s hard to pick a favorite for an inaugural race in a series. You could take to the history books and select drivers who won at Gateway in the Xfinity races, but there is no method to pay off those picks. With this being a Cup Series first and a brand new car, I think it’s a safer bet to go with the momentum. So here are three drivers that I would include in my fantasy picks.

Denny Hamlin. Toyota drivers had struggled a bit until recent weeks. Denny won last week in a battle of attrition at the Coke 600. It would be foolish to think he goes back to back at this juncture of the season, as we’ve had so many different winners, but I would be surprised if he didn’t get a solid top 10 finish.

Chase Elliott. This one is more of a hunch. Chase is the points leader and has run well in every race this season. The finishes haven’t always been there, but no driver has a higher average running position for the season. You don’t run consistently towards the front and do not have momentum on your side. I think Chase steals the show and brings home the hardware.

Joey Logano. I thought it would be fitting to pick a driver from each manufacturer, so Joey gets the nod. It was close between him and Ryan Blaney, but Blaney has been unable to cash in on momentum at all this year, and Joey has had a top 10 car most of the year with a few finishes that don’t show the strength of the team.

There will be drivers that surprise you, and every week it seems like Tyler Reddick will cash in and get his first win, but something always happens to his left rear tire. At this point, likely, he won’t get his first win until the playoffs start. Then who knows where the momentum might take him.

This Gen 6 car has given teams a hard time adjusting and getting the tire wear under control, so it’s never easy picking winners, but rest assured that the time is coming when we will have more data to make more consistent picks. Have a great weekend, everyone.