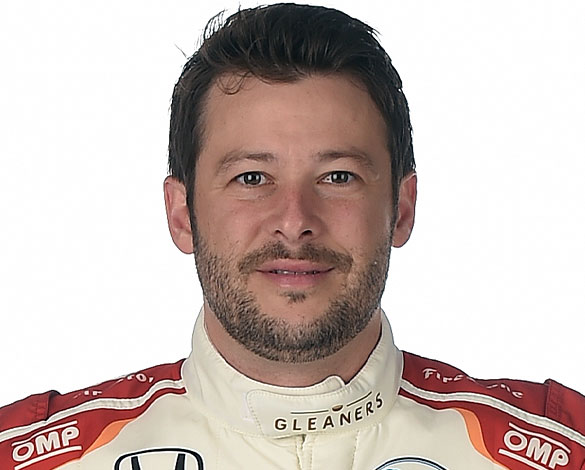 Here is a social experiment, find a friend that is a racing fan, any racing. Ask that friend to name three of the most popular last names in all racing. If that friend doesn’t have Andretti in that top three, kindly dawn your black MIB sunglasses and help them forget you ever existed. The Andretti name has been infamous in racing since the 1970s when Marco Andretti’s grandfather Mario was on top of the racing world. Even Marco’s dad was Michael, one of the most well-known drivers of his time during his racing career.

Marco Andretti has forged his own path in racing, which he started before graduating high school. Marco won at Sonoma to get his first career victory as a rookie and closed out the season 7th in points. Marco started his racing career in the Barber Formula Dodge Racing Series and won eight races as a rookie in 2003. By 2006, he ran for Rookie of The Year in the IndyCar Series, driving for his father Michael’s team, Andretti Green Racing.

Marco saw bad luck pile up throughout his career in the IndyCar Circuit, amassing 48 DNFs in 249 career races. In his sixteen seasons in IndyCar, Marco has two career wins and finished as high as 5th in the points standings in 2013. In his final season running the full schedule, he finished on the lead lap in only two races, prompting Marco to announce that he would step away from the series and evaluate his best options as we advance.

Tony Stewart was in the process of putting together a lineup of drivers for his inaugural running of the SRX Series. Marco Andretti was available and had no problem committing to running the full schedule last season with such a short schedule. Last season, Marco finished 4th in the point standings, snagging two Heat wins and a Feature win at Slinger Speedway. With the Slinger Speedway Race coming late in the season, there is hope that Marco will improve next season and contend for the Championship, which was won by Tony Stewart last season. I cannot wait to see the boys get back to racing.