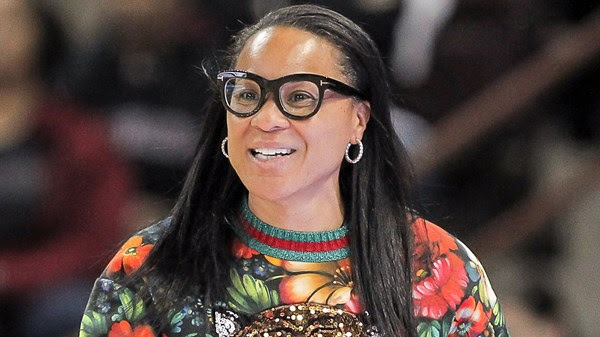 COLUMBIA, S.C. – The University of South Carolina Board of Trustees approved today a new contract for women’s basketball head coach Dawn Staley, which will make her the highest paid African-American head coach in her sport and one of the highest paid women’s basketball coaches in the country. The seven-year, $22.4 million dollar deal secures Staley’s partnership with the University through the 2027-28 season and reflects the University’s long-term commitment to the sustained success of the program that she built over the last 13 seasons.

“Dawn Staley is one of the nation’s top coaches, regardless of the sport,” said South Carolina Athletics Director Ray Tanner. “She has built our women’s basketball program from the ground up, and her teams have produced champions, both on and off the floor. The ability to keep Coach Staley at the University of South Carolina is great news for all Gamecocks. I join with our fans in looking forward to seeing the great achievements her program will continue to produce in the future.”

Under the new contract, Staley’s base salary will be $1 million per year with outside compensation starting at $1.9 million in the first year and escalation by $100,000 per year thereafter. Her 2021-22 compensation begins at $2.9 million with the final year topping out at $3.5 million. The contract includes additional performance compensation opportunities up to $680,000 per year.

“It’s always been an honor to represent the University of South Carolina, and this contract represents the University’s commitment to supporting me and our women’s basketball program,” Staley said. “Contract negotiations are challenging, but this one was especially important as I knew it could be a benchmark, an example for other universities to invest in their women’s basketball programs, too. Our game continues to grow and the time is ripe to make a big step forward, but only if universities foster that growth by committing resources that are equitable to those given to their men’s programs. I thank Dr. Pastides, Coach Tanner and the Board of Trustees for providing that example today. And, lastly, I would be remiss to not also thank Butch Bowers, Angela O’Neal and our FAMS for their commitment and support.”

Since taking the reins of the program in May 2008, Staley made South Carolina into a perennial national power. The Gamecocks are one of three programs to play in at least three of the last six NCAA Final Fours (2015, 2017, 2021) and won the 2017 NCAA Championship. Staley’s program has finished in the top 25 in each of the last 10 seasons, including seven seasons with a top-10 finish. South Carolina has earned a No. 1 seed in the NCAA Tournament five times in her tenure and has spent 25 weeks ranked No. 1 in the AP Poll.

South Carolina’s four straight SEC Tournament titles from 2015 through 2018 were a first in league history, and the Gamecocks have won six of the last seven SEC Tournaments. With five SEC Regular-Season Championships, South Carolina has more than any other team since the league expanded to 14 teams in 2011-12.

Off the court, Staley has made South Carolina women’s basketball a community event with Gamecock fans leading the NCAA in average attendance each of the last seven seasons. In the six seasons at which Colonial Life Arena permitted maximum capacity seating, South Carolina has averaged over 10,000 per game.

Also a force in USA Basketball, Staley was named head coach of the U.S. Women’s National Team in May 2017 and led the team to its record-tying seventh-straight Olympic gold medal at the Tokyo Games this summer. She has been on the sideline as a head or assistant coach or on the court as a player for six of those seven gold medals. As a head coach, Staley has been named USA Basketball National Coach of the Year twice (2018, 2015) and helped the U.S. to 11 international gold medals.

Staley is set to tip off her 14th season leading the Gamecocks in November, facing one of the toughest schedules in the country. The Gamecocks’ season opener is set for Nov. 9 at ACC Tournament champion NC State with the home opener coming on Nov. 17 against in-state rival Clemson. The rest of the home schedule includes reigning National Champion Stanford, NCAA Final Four participant UConn, Big Ten Champion Maryland and SEC Champion Texas A&M.