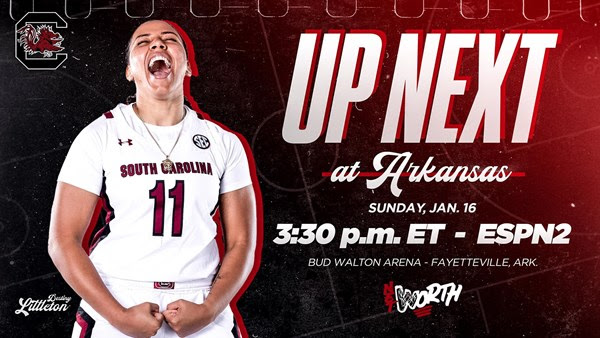 The Gamecocks are coming off a 20 point victory over Texas A&M 65-45 on Thursday and are hoping to avoid losing their 2nd straight road game this season. Led by All-American Aliyah Boston, who is averaging 17 points, 11 rebounds, and three blocks per game, she has asserted herself as one of the top players in the country. Alongside Boston are Zia Cooke and Destan Henderson, averaging 12 and 11 points per game.

South Carolina and Coach Dawn Staley are trying to prove they are one of the most outstanding programs in women’s college basketball and trying to take the torch from the man in Storrs as the new big dog on the block. Other than the lapse in Missouri, Carolina has beaten eight ranked teams already this season, including a 73-57 win over UCONN and a 65-61 win over Stanford. South Carolina overcame an 18-point deficit to seal the win. Although it would take 20 years of dominance and ten more National Championships, South Carolina has cemented itself atop the college basketball world for many years to come.

Arkansas coming off their first SEC win of the season against Missouri, now get the task of hosting South Carolina on Sunday. South Carolina, ranked No.1 in the country, is 16-1 on the season. Ironically that lone loss was to Missouri 70-69 on the road despite Missouri playing with only eight players. Even after the loss, South Carolina maintained their ranking. In the press conference, Coach Neighbors said Arkansas would have to be excellent in all facets of the game to pull off the upset on Sunday.

One of the bright spots for Arkansas has been the emergence of Rylee Langerman, the sophomore from Norman, Oklahoma. Rylee scored 17 points off the bench in the win over Missouri, including 5-6 from three-point land. Standing at 5-9, you wouldn’t know that watching her play on the court. One of Arkansas’ fiercest defenders averaging 3.4 rebounds per game, Langerman is all over the court chasing down loose balls and causing havoc on the opponents. Bud Walton Arena has proven to be a hostile environment for opposing teams. Still, when you are the defending champions and this year’s number one team in the country, this team should know by now that you are going to get everyone’s best shot whether you’re ready or not.