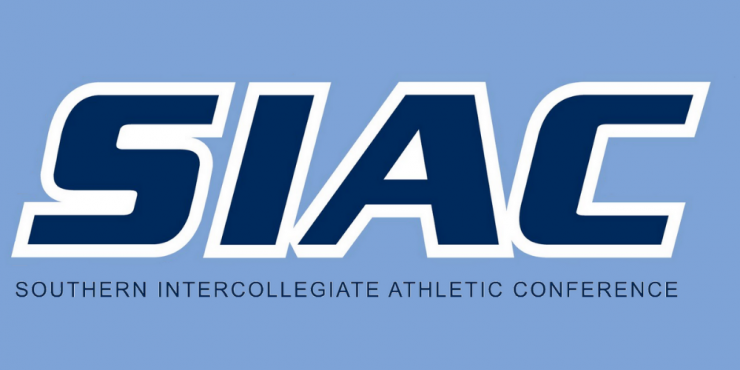 Defensive Lineman, Jamal Holloway of Central State was tabbed Newcomer of the Year.

Gabe Giardina of Albany State was named the 2021 SIAC Coach of the Year.

Albany State’s Pierre was named this year’s Overall Player of the Year (MVP) and Defensive Player of the Year award. The sophomore linebacker controlled the field from sideline to sideline by leading the league in individual tackles (56 solo tackles).  He also was credited with one sack for the season.  The Florida native had two fumble recoveries as well as solid defense when dropping back in coverage. He led the Albany State defense to an undefeated conference record and a conference championship this season.  The Golden Rams topped the conference in total defense, allowing just 197.6 yards per game, and led the league in rush defense and pass defense. ASU was also No. 1 in pass defense efficiency, allowing just 107.2 yards passing per game.  The key to ASU’s defensive success was a result of their defensive line and linebacker’s ability to stop the run, who allowed just 89.8 yards per game.

Brett Sylve (Kentucky State) served as a leader for the Kentucky State Thorobreds and was named this year’s Offensive Player of the Year after averaging 141.18 all-purpose yards per game, good for 17th in Division II. He also led the league in scoring averaging 7.2 points per game on 17 rushing touchdowns this season, tied for 5th in Division II. The senior running back rushed for 933 yards this season averaging 93.3 yards per game.

In his first season with the Dragons, Ike Brown was an offensive threat in one of the best seasons in Lane College history. The Louisiana native ranked eighth in the league for total rushing yards with 623 yards on 176 rushes. He is ranked 3rd in scoring for the league collecting 66 points from 11 touchdowns.

In its inaugural season, the Elite 14 award recognized the student-athlete who has reached the pinnacle of competition at the SIAC championship level in his or her sport while also achieving the highest academic standard among his or her peers. Zaquan Baldwin of Fort Valley State was the first recipient of this award in his respective sport.