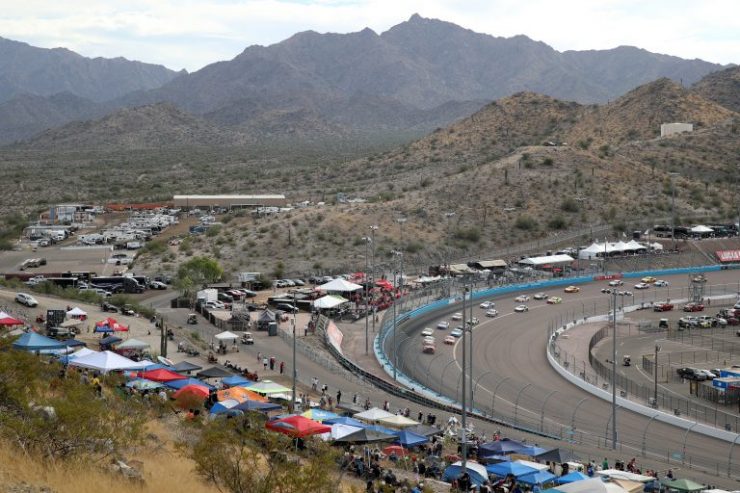 Return To The Desert

It’s been a little over 120 days since Kyle Larson won his first NASCAR Cup Series Championship in the Season-ending race at Phoenix Raceway. It was a race that Larson would never forget and a moment that he hopes to add on to in the coming season. I’ve said it every week so far. I will continue right here, and there isn’t enough data to make educated guesses at which driver or manufacturer has the advantage for the race this weekend.

I would love to think the Hendrick drivers hold an edge, but my gut tells me to pick the Joe Gibbs camp again to produce a winner. Barring a late caution last week at Las Vegas, my pick would have been spot on, with two JGR Drivers running at the front in the closing laps. And an argument can be made that taking four tires was a bad call, and I will agree to an extent, but if there were more than one attempt at an overtime finish, those scuff tires would have paid off.

This week’s race brings a new variable to the data collected on the Next Gen Cars. Phoenix is the shortest track to date, other than the Clash in L.A. This is the race the Toyota teams need to get out of a slump. Denny Hamlin started the year as he retired at the end of last season. Kyle Busch has had spurts of speed, marred by mistakes and bad luck. Martin Truex, Jr. has had a fast car every race so far, but no wins. Christopher Bell finally had a car worth talking about last week in Vegas but had to hustle to get a Top 10.

The opposite side of the coin is Hendrick Motorsports. This is not news, but the super talented group of young guns has been dominant early on, picking up where they left off last season. All four cars were high-speed at Las Vegas, and any four could have won. Alex Bowman “backed his way” into another impressive win. It looked like William Byron would be the car to beat for a while, but he finished fifth after restarting 4th for overtime.

So who am I picking for Phoenix? That’s a great question and not one I can answer with ease. Again, my gut says you pick the Gibbs guys, but my heart tells me to pick Tyler Reddick and Ross Chastain. One of those two drivers will get their first career win before we hit Summer, so why not just get it over with and get one here. An excellent fantasy pick is Kevin Harvick, though. No driver has had more success over their career than Harvick in the desert. A low-cost selection is Chase Briscoe. The stats may not support this claim, but this team shows speed, and the driver likes to pass people. I hope everyone enjoys the race this weekend.