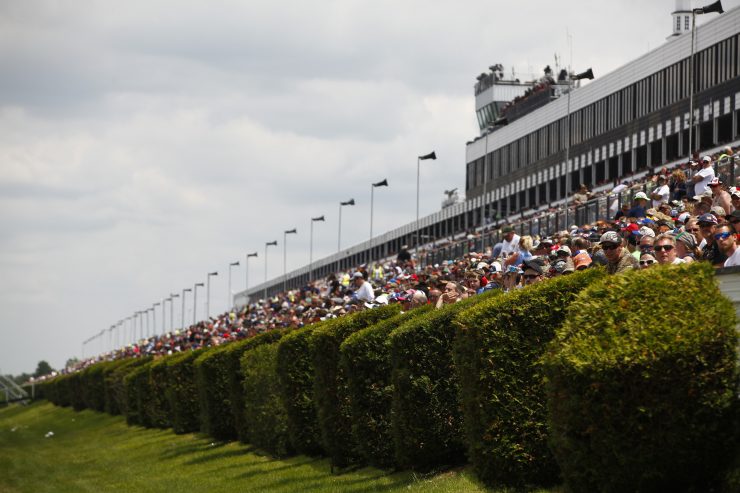 Pocono Raceway is next on the Cup Series schedule, and I want a time to be racing in the Pocono’s. It’s officially time to hit the panic button for several winless drivers that had played it safe all season, hoping to make the Playoffs on points alone. Let’s break down the situation for three drivers that are currently on the outside looking in.

First up is Kevin Harvick. This time last year, Harvick was on a slump we had not seen, a winless streak that nobody saw coming. In 2020, Harvick won nine times, including two of the three races in the Round of 16 Playoff bracket. He missed the Championship 4 in quite a shocking tale and has not won a single race since then. He went winless in 2021 and still hasn’t reached victory lane in 2022. Even more, Harvick hasn’t shown a lot of speed to contend for wins this year, posting only five top 5 finishes in 20 races and leading all thirteen total laps. If he doesn’t reach victory lane, he likely will miss the playoffs this year.

The following driver outside the playoff picture is Harvick’s teammate, Aric Almirola. Aric announced earlier this year that 2022 would be his final season in the Cup Series but hasn’t closed doors on part-time duties in any other series. Almirola currently sits 129 points out of the last playoff spot, and like his teammate, without a win, would almost certainly miss the playoffs. Last year, Almirola shocked the NASCAR world by dominating the New Hampshire race and winning his way into the playoffs. This year there was no repeat performance, and time is quickly running out.

One more driver to be mentioned is Erik Jones, and that is my pick to win this weekend. Jones sits 154 points out, but of the three drivers mentioned has shown the most speed all season and would not be a surprise if he won a race before the playoffs. Jones is in a contract year, and a big playoff push would go a long way in securing sponsors for next season and more money in his pocket. Chevy has been dominant this year, so it’s easy for me to pick Jones to finish the highest of the three drivers closest to the cut line.

Pocono has been kind to Toyota drivers, but the group’s speed hasn’t been there this year. Christopher Bell is fresh off a win at New Hampshire, but the wins have been few and far between for the Toyota. Alex Bowman is the only Chevy driver to win at Pocono in the past eleven races, but I expect that to change this weekend. Enjoy the race on Sunday!