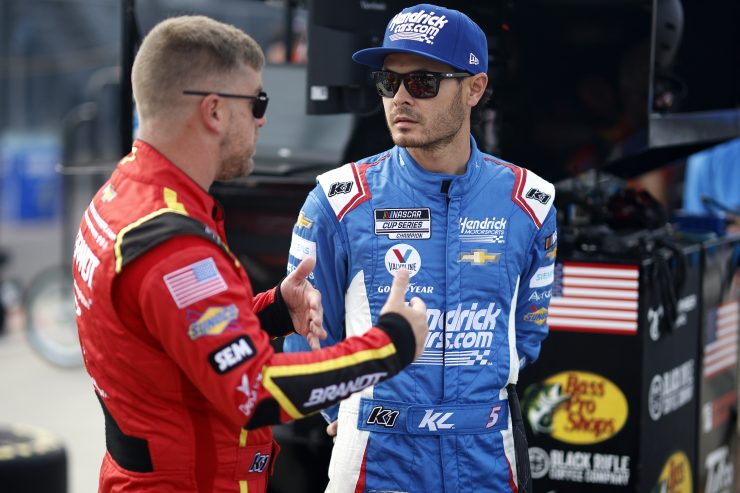 NASCAR will be making right turns this week as they head to Watkins Glen International for the penultimate race of the regular season. After Kevin Harvick’s second win of the season at Richmond, we have two races left in the playoffs, and only one playoff spot remains. Ryan Blaney, Martin Truex Jr, Aric Almirola, and the rest of the bubble drivers need to win at Watkins Glen or Daytona to go ahead and lock themselves into the playoffs. To be quite honest, Watkins Glen is their last chance to secure a win. Daytona is too chaotic and unpredictable to risk your championship run on. So, who amongst the bubble drivers has the best shot at locking themselves in?

Truex is the best pick for the current bubble drivers. Although the road courses have not been kind to him this year- his average finish is 17.3- he has the most road course experience and has in the past been a threat to win any time NASCAR raced on a road course. If Truex wants a chance to get his second Cup, he needs to win here, no more just getting points. Statistically, Blaney is the better pick because he is currently second in the non-playoff standings and sixteenth in the playoff standings. Blaney has been consistent all season, but with no wins and how tight the points are, getting in on points is risky. Blaney’s current average finish on the road courses is better than Truex’s with a 12.3 (Indy was a massive outlier since he did get taken out). He is an excellent pick to win since we have come down to the wire, and desperation might push him and his team to go for the victory, but the same could be said for Truex. We will have to see Sunday.

In other news, NASCAR has gone global for Watkins Glen with foreign drivers joining the grid: Kimi Raikkonen of Finland (Formula 1 World Champion of 2007), Kyle Tilley of the United Kingdom, Mike Rockenfeller of Germany (2-time 24 Hour of Le Man winner), Loris Hezemans of the Netherlands, Daniil Kvyat of Russia, and lastly Daniel Suarez of Mexico. A very prestigious list of racing talent and pedigree. It will be an exciting weekend with these guys on the grid.

To close out the preview, it is time to pick the five drivers I think could walk away with a win this weekend. First is Chase Elliott; he has had a championship-caliber season and might be looking to extend his point lead going into the playoffs to secure his championship further. He has previously won at Watkins Glen, and he could repeat that success. Second is Tyler Reddick; he won at Indianapolis last month in dominating fashion; with him already in the playoffs, he does not have to win, but a win would not hurt his championship fight, look for him to race well Sunday. Third is Ross Chastain; much like Reddick, Chastain won at Circuit of the Americas earlier this year, and another win in the regular season would not hurt him. They have not raced well the last few races, so Chastain and the team need to be re-energized before the playoffs, so they do not get knocked out early. Fourth is Martin Truex Jr; he is kind of a long shot pick to win, but he has had success at the road courses, and, while consistency has been a struggle for that team, he is due for a chance at a win. He just needs a little luck to head his way.

The fifth pick is a wildcard, Austin Cindric. His current average finish on the road courses is 5.5, which is incredible. While he has not been in the conversation for wins every week, a 5.5 average finish is nothing to scoff at. If he and his team can bring that form, they could sneak a win and bolster their position in the standings, and we could start talking about him in the same breath as Kevin Harvick as a championship threat. However, we will have to see how the Go Bowling at the Glen plays out for the drivers: will we have our 16th different winner, a repeat winner, or will Harvick make it three in a row? We will just have to see. Let’s go racing!