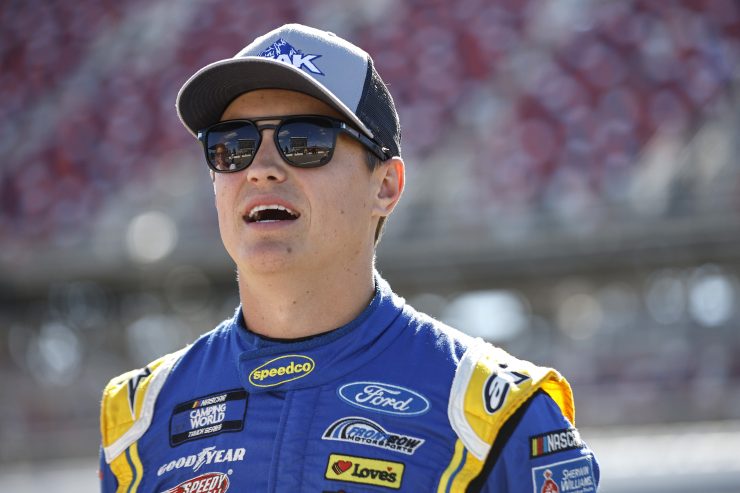 Texas has come and gone, and now NASCAR makes the trip to the 2.66-mile Talladega Superspeedway. Typically, Talladega is an exciting and sought-after event; however, the NASCAR world was shaken after the race at Texas. Tire problems and poor racing have put a bad taste into many people’s mouths. Moreover, an announcement Thursday has soured the NASCAR world. Alex Bowman announced that he would not be racing this Sunday due to concussion-like symptoms; Noah Gragson will fill in for Bowman. This announcement prompted a massive response online; mainly because a playoff driver is not racing this weekend and seeing how Kurt Busch has been out since Pocono due to concussion, many fear Bowman may suffer something similar or, since Talladega is next, more drivers may suffer concusssions due the Next Gen’s stiffer build. As much as we can fuss and complain, we have to move onto the playoff picture, and after another non-playoff driver victory, how does the playoff grid look?

Looking at the playoff grid and seeing that announcement Thursday, Alex Bowman may be out after the Round of 12. If he does come back for the Roval, he would have to win that race to stay in, but I do not see that happening. However, given how topsy turvy these races have been, I probably should hold my tongue. Other drivers that are in must-win situations are Cindric, Byron, and Bell. Bell is a shock seeing how after the last Round, he was leading the points and now he is twenty-five points out from the cutoff. Byron could get in by finishing well at the end of the stages, but a win would be more secure. Cindric’s situation is similar to Byron’s. Briscoe, Elliott, and Suarez are drivers that need to score points to stay above the cutoff, and they are getting way too close to being out, especially Elliott, who has been a favorite all year. In general, the playoff drivers need to win some time. We have been four non-playoff drivers winning races, while the drivers competing for a championship cannot seem to win anything. They blow engines/other mechanical issues, blow tires, or have bad luck elsewhere. Talladega may be where that changes; however, this place favors first-time winners, and we could see the midfield/backmarkers snag a win out from under everyone. The Yellowwood 500 will be on NBC at 2 pm EST Sunday, October 2. Let’s go racing!