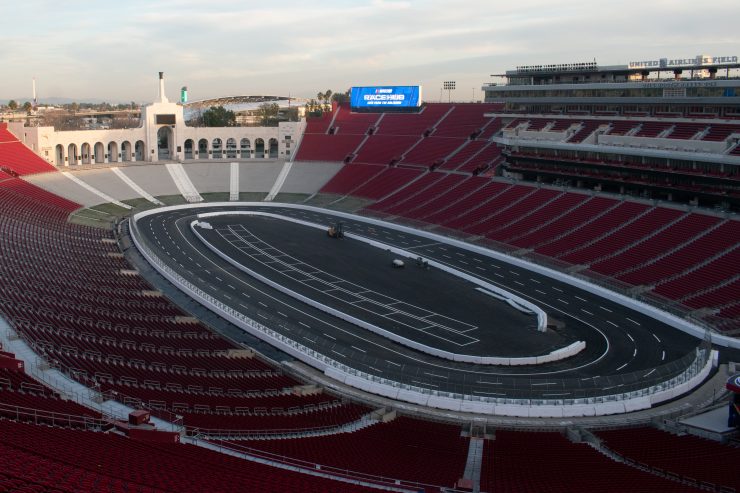 Every year, NASCAR takes a short nap after the year’s last race and reflects on the previous season. I say nap because it is the shortest offseason of all the major sports. The final race is traditionally the first week of November, and the first race of the next season is typically the third Sunday in February. This year, the annual NASCAR Clash will occur in California, and earlier than it ever has, on February 6th.

There are several variables as to why you haven’t seen a NASCAR 2022 Preview from just about anyone. We are not afraid to trust our instincts, bring you a complete preview for the upcoming season, and even predict a Champion.

Let’s get the tires rolling by throwing out a Manufacturer Champ, which might be the easiest to predict. Chevrolet has the most cars in the field yet again this year, which will have an informational advantage. Teams tend to work together across their platform for new generations of cars coming to NASCAR. Looking back at the 2013 Season, Chevy won the title for both driver and Manufacturer, winning 16 of the 36 races. That bit of history might not translate to the same success this season, but I have reason to believe Chevy will hold their own.

The number of drivers that qualify each year by winning a race has been between 12 and 14, with last year at the top of 14. This year could break the record. We could see a 16 driver field in the playoffs and all of them with a win. The main reason for introducing the new car at the Cup level was to lower the cost on race day and even out the playing field for the smaller teams to compete. We will see somewhere between 2 and 4 new first-time winners in the Cup Series, not all being Rookies, but at least one rookie will get a win.

I don’t think it will take long for Austin Cindric to find Victory Lane, but his Technical Alliance teammate Harrison Burton might be the first to do so. Burton flashed considerable talent last season in the Xfinity Series and qualified for the Playoffs without winning. A win would be of historical relevance because it would be the 100th victory for the Wood Brothers legendary team.

Todd Gilliland is also running for Rookie of The Year, as he replaces the very talented Anthony Alfredo at Front Row Motorsports. While I don’t think Gilliland wins in his first year, there are always odd races that welcome first-time winners throughout the year. Last year, Michael McDowell netted a Daytona 500 win with a final lap mayhem pass, and that is Gilliland’s teammate next year.

So back to the record number of different winners in the playoffs. I think this year, there will be more winners than playoff drivers. Betting against Kevin Harvick to make a comeback year would be ridiculous, as I expect him to cash in with at least three wins this year. The Hendrick stable of drivers should all land at least one win, with two of them likely getting more than three as well. As for first-time winners that are not rookies, I feel like Tyler Reddick and Ross Chastain is ready to make the leap. Chase Briscoe should benefit from the new cars and help from teammates on his way to multiple wins this year as well.

But who wins the first Championship in the Next-Gen Era? I don’t usually pick repeat winners because it’s so hard to do if you are not named Jimmie Johnson, but Kyle Larson has a clear chance to do just that. The final four drivers in this year’s Championship Four are Larson, Kevin Harvick, Joey Logano, and Kyle Busch. Experience should reward the veteran drivers who have raced in different eras to adjust to the new racing type delivered by this new car.