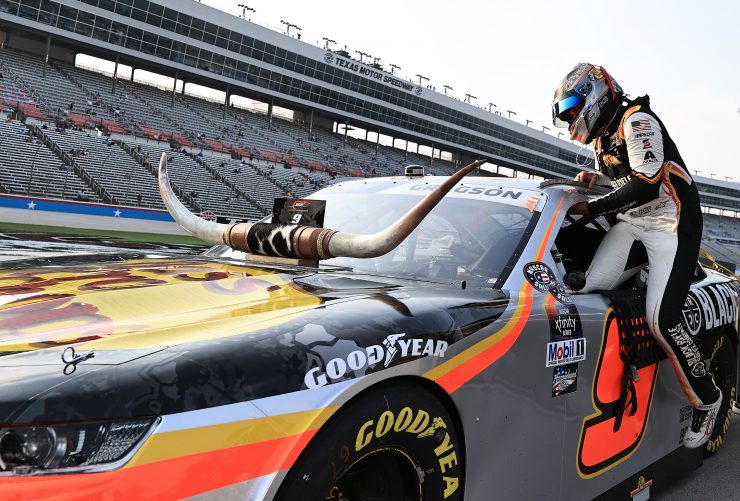 Don’t get me wrong; I like that the race is a winner take all clash of talent. But the excitement is down from when the race was run at Charlotte. I’m not sure if it’s because of the different track or the new format, but the All-Star Race doesn’t feel the same. The Pit Crew Challenge was a fan favorite, showcasing the crew members and their skills. It was the one time of the year that the crew got the deserved recognition.

I guess change is paramount in sports, and NASCAR is no different. I would love to see the location of the event change every year, though what better way to push NASCAR towards a global entity than have the All-Star race in another country. I could name a few tracks ideal for such a race, like Michigan, or an international track like Puebla Circuit in Mexico.

Anyway, pipe dreams that are years from being mentioned. Let’s talk about the race this year. Texas compares closely to the other mile and a half tracks, but with more bumps and less maneuverability. Of all the mile and a half tracks, Texas offers the lowest passability, which is partly due to the surface of the track. The low line is the preferred groove around the track, unlikely Kansas where the preferred line is where your car is working the best.

If you asked me to fill out your Fantasy picks, I would lean heavily on Ford this week. The lack of production at Kansas probably lit a fire under some Ford execs and teams alike. The trend has been Chevy most of the year, with Toyota showing some real strength last week and Ford getting zero cars in the top 10. However, Ford has shown remarkable resilience. After getting only one car in the top 10 at Las Vegas, Chase Briscoe dominated Phoenix and took home the hardware, and Ford landed five cars in the top 10. At Dover, there were only two Fords in the top 10, running 8th and 9th, then Joey Logano had a dominant car at Darlington the next week, with three Fords in the top 10 and two in the top 5.

This feels like a good race for Ford to remind the community that giving up isn’t what they do. There have been rumors running rapidly about a new manufacturer joining the sport, and the most interested teams seem to be Ford teams. The Ford camp must show that they can overcome a slow start and be a factor in the championship as we advance. As you probably know, there wasn’t a Ford in the Championship 4 last year, which was a shock to most. I predicted a Toyota Chevy battle, which could be the case again this year if things don’t change.

For the win at the All-Star Race, I like Logano and Blaney here. Both should be strong, along with Kevin Harvick. As Rowdy and Kurt Busch look to continue their hot streak, the Toyota drivers will have a say. Don’t sleep on any of the Hendrick drivers either, though.