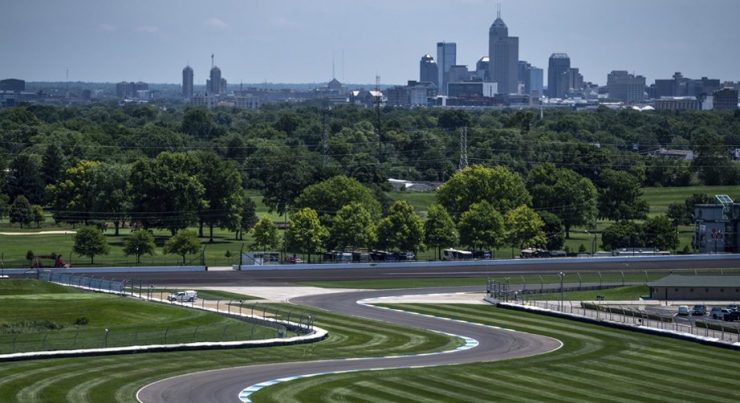 If you missed it, Pocono was a typical race, until the race ended. Denny Hamlin took the checkered flag, with Kyle Busch second and Chase Elliott finishing third. However, Hamlin and Busch were disqualified due to an additive on the front end that gave them an unfair advantage. Chase Elliott was announced the winner, giving him five consecutive top 2 finishes and three wins in the last five.

The last driver to run quite like this was last season when Kyle Larson caught fire on his way to winning a Championship. Looking ahead to the Indianapolis Road Course this weekend, who would pick anyone besides Chase Elliott? He’s a solid top 10 pick, but I think he has some stiff competition this weekend.

Picking a winner at these road races can be tricky. In years past, it was simple: you decided on Elliott or Martin Truex, Jr., then put together a solid lineup of guys that run mid-pack and have a chance at winning your fantasy weekend. These days, just about anyone can run well or win a race. But I will give you three solid picks and a winner to get you going.

Michael McDowell is a safe bet on most road courses. McDowell has done well over the past few years on the left and right-handers. Last week, his team was penalized with an L2 infraction, but the team is appealing the decision and should know something soon.

Chris Buescher has seemingly gotten better as the season has gone on. He looked like a spoiler at Sonoma and backed that up with another top 10 at Road America a few weeks ago. I would take him as a value bet for sure.

Ty Gibbs, who fills in for the second straight race for Kurt Busch while recovering from a concussion. Gibbs out-dueled Kyle Larson at Road America a month ago in the Xfinity race, which isn’t easy. Ty ran very well for the first time driving a Next Gen car. He will be a cheap buy, and I wouldn’t count him out to win the race.

If this year’s race is anything like the inaugural Cup Series race at the Indy Road Course, you may want to use some PTO and tune in for a good show. Denny Hamlin surely hasn’t forgotten Chase Briscoe’s late move, and AJ Allmendinger will hope for a repeat performance. Have a great weekend, and don’t forget to follow Sports and Culture Media on all our social media platforms to stay up to date on our articles and news updates.