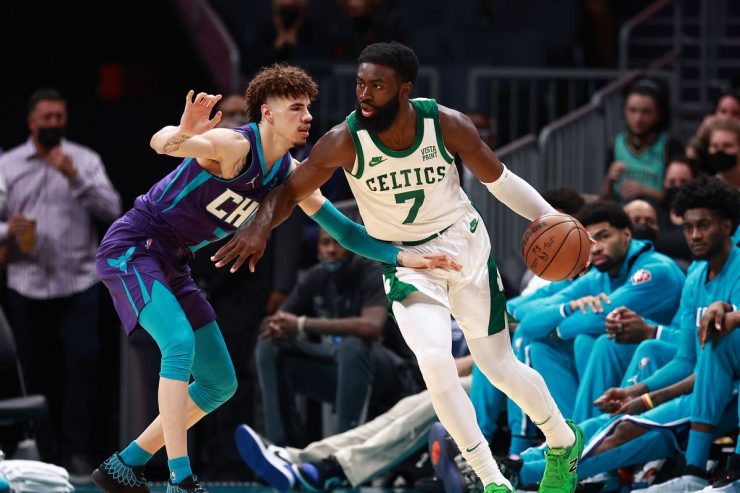 The Boston Celtics and the Charlotte Hornets are close to one another in the East standings. They are both competing to reach the playoffs while trying not to slump to avoid the play-in tournament. These two teams are direct rivals, which adds more spice to this event. Both are playing solid in recent times, often scoring 120 or more points. It’ll be a pleasure to watch LaMelo and Bridges on one and Tatum and Brown on the other side. They usually deliver showtime in the building. I’ll go over the matchup later today and give my predictions.

Key Player to look out for: Terry Rozier

In their upcoming fixture, a key player for the Charlotte Hornets will be Terrible Rozier. Rozier has been one of the most consistent scorers in the Hornets lineup. Rozier has been a significant contributor for Charlotte on the offensive front, with an arsenal of moves combined with some sneaky athleticism. So far for the season, Terry has averaged 18.2 points per game, four assists, and 4.6 rebounds, showing he is an essential key to the Hornets fast-paced offense. However, his last game against Boston saw him register an impressive stat line of 28 points and ten assists on 55.6% shooting from the field. This could be a significant factor for Charlotte in this game.

Who to defend on the Celtics: Robert Williams III

Primarily functioning as a rebounder and rim-protector, the 24-year old will play a major role in winning the rebounding battle against the undersized Hornets team. However, in the last game against the Heat, Williams was nowhere on the court, only 6 points on 60% shooting. Charlotte needs to play a close personal defense to get the turnovers necessary to get the momentum going.

This win will be essential for the Hornets to get a good speed as the playoffs approach.