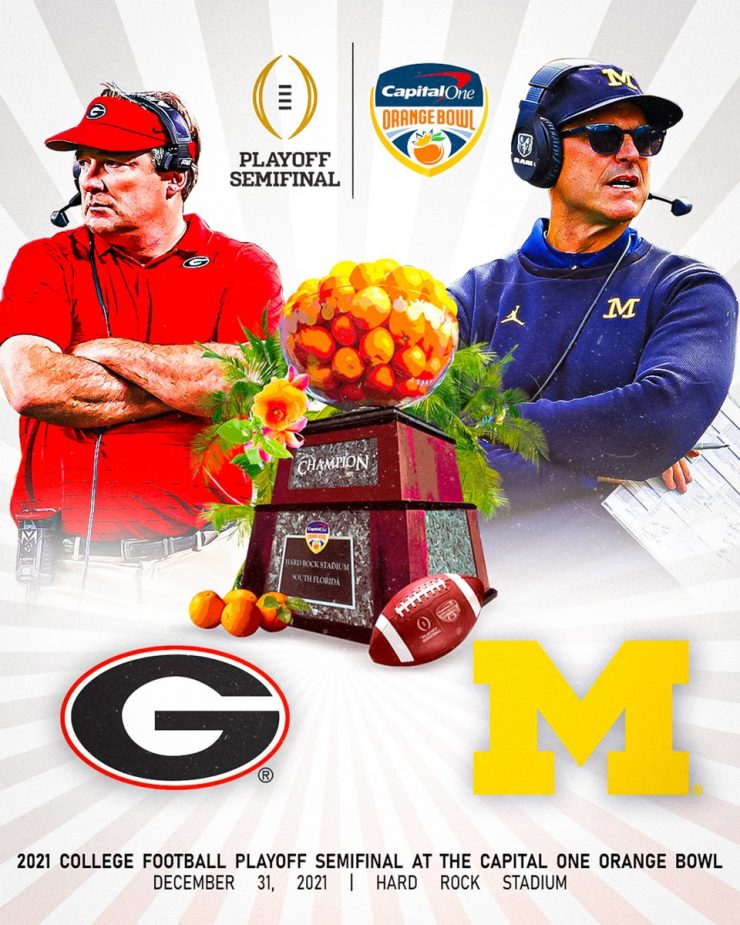 The score and stats speak for themselves; this was not a close game from the first drive. Georgia dominated the line of scrimmage on both sides of the ball. Offensive Coordinator Todd Monken called an excellent game, except for the drive to end the first half; that one had me confused. Michigan had a tough time identifying blitz packages and what coverage they were up against, which was also confusing because Georgia has played man to man almost exclusively all season.

Coming into this game, I don’t think anyone expected a big passing attack, but at least found consistency in the running game, which never happened either. For an offensive unit that won the Joe Moore Award this season, the Wolverine offensive line looked beaten on almost every down. Hassan Haskins never got rolling, the best offensive plays were Quarterback runs, and the play-calling for the Wolverine offense was questionable.

This game was no shock to Dawgs fans, who eagerly awaited to see Georgia return to normal to erase some doubts after the SEC Championship game loss. This was normal for the Dawgs defense, but this was a pleasant surprise on offense. The entire coaching staff did an excellent job of identifying weaknesses in the Wolverine defense, attacking the short routes, and keeping Heisman finalist Aidan Hutchinson from getting any pressure.

Stetson Bennett won the Orange Bowl MVP, and he deserved it. I would have gone with a Co-MVP award and given it to Nakobe Dean as well. Dean, the 2021 Butkus Award Winner, was all over the place. Even if you take away the forced fumble and the sack, Dean had the defense in position to make stops all night.

Alabama fans have to believe this will be an easy win, but I don’t see any way the outcome will be the same as the SEC title game. The next opponent is still wearing a black mask for Georgia, with a voice emulator that sounds like a career cigarette smoker, Alabama. The hump is still significant, the obstacles are still in the way, but Georgia may not get another golden opportunity like this one.

Join us for our pregame show for the National Championship. Tune in to a special episode of Loose Lugs on the ASAP Sports Network. We will go live on January 10th, at 7 pm Eastern Time, taking you right up to kickoff. Be ready to comment on your final score prediction during the show, and we will discuss your guess live on air.