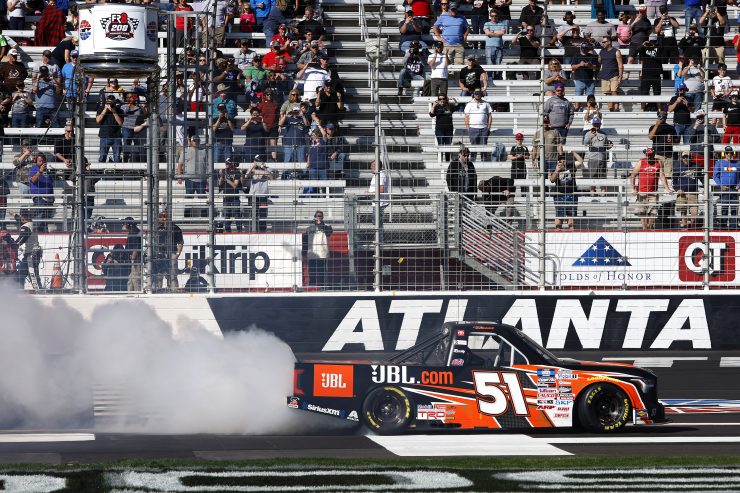 The NASCAR Cup Series returns to Atlanta Motor Speedway, the first race since the reconfiguration to the track. The changes have been well documented, changing the degree of banking in the turns and widening the racing surface on the front and backstretch. The changes were made to give the drivers more room to pass and more banking to carry momentum through the turns.

If I had to pick a driver or group to succeed more than anyone else, I would go with Team Penske for this weekend. Ryan Blaney will be the favorite, but I think Joey Logano will be a driver to watch throughout. This also could be a great race for the Hendrick cars to bounce back after a subpar weekend last week. We are still waiting for a Toyota to show some strength at the end of a race, and I have said on air that I won’t pick another Toyota until I see them finish well.

This race should be even better than last week at Phoenix, which showcased some good passes under green. It was an actual test of the Next Gen Car under heavy braking. Atlanta has a rich history of close finishes, and I am led to believe that the track changes should produce some excellent racing and hopefully another photo finish.

I hope you all have a great race weekend and check back next week for a new Race Preview! Again, I think any driver that drives for Penske has a shot this weekend, but I do think Joey Logano is the driver that takes home the win, but my dark horse would be Daytona 500 winner Austin Cindric. A good fantasy bet would be either of the Richard Childress drivers, Austin Dillon and Tyler Reddick, would be safe bets for an Atlanta race.