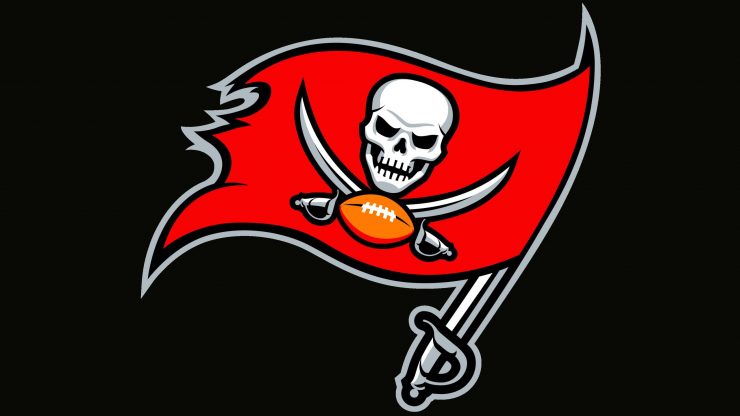 “Antonio will be out this week. Vita we have to [activate] sometime between today and tomorrow, if we do it.”

(On the effectiveness of the run game right now)

“Yeah, it’s as good as it’s been all season. Our blocking units, our tight ends [and] our receivers – everybody is doing a really, really good job of getting on their people, getting hats on hats, and the backs are hitting the holes extremely well. I don’t foresee a lot of dime versus some of our formations, but if they want to load up the box obviously then we’re playing one-on-one outside.”

(On if anything surprises him about S Antoine Winfield Jr.’s rookie season)

“I mean not really. He was as easy of a choice as there was with his bloodlines and the way he plays. His tape was unbelievable. You know of his football intelligence and he’s such a great kid. So, really nothing there that surprised me that he’s having so much success.”

(On if WR Antonio Brown suffered a setback)

“I just talked to him this morning and to put him on the plane, have him fly up there and have it swell more doesn’t make any sense. He wasn’t as close as we had hoped, so we’ll get him ready for the next one.”

“Yeah, there are a lot of rules under this [I would want to keep] – the 16-man practice squad, veterans on the practice squad, coming off the 21-[day] disabled list and [those] type of things. The rules that we’ve made, I would love for them to stay. The protocols – I thought the league did a really, really good job. Our players made a commitment to each other back in August and we’ve had very few cases, knock on wood. I think even though it’s rampant in our city, our guys have stayed away pretty good.”

“Having Tom [Brady], ‘Gronk’ (Rob Gronkowski), ‘Shady’ (LeSean McCoy), Leonard [Fournette] and other guys on offense and then JPP (Jason Pierre-Paul) defensively – yeah, it helps. Those guys, they can talk to the guys in the locker room about preparation and that it’s really the same game – you just have to be totally prepared so that you can go out and do your job.”

“I think you just look to last week when Tyler [Johnson] and Scotty [Miller] got in there and made those huge plays in the fourth quarter, [with] the amount of trust the coaches and Tom [Brady] in those guys just because they’ve earned it. Antonio [Brown] will be missed, but we’ve got capable people stepping in.”

“He’s looked real good. He’s been running around for almost three weeks and had a real good practice yesterday and a good one today. We haven’t made that determination yet. We’ll see if we want to activate him or not, but there is a chance.”

“I’d much rather be in the midst of it watching from the sideline rather than the television – that’s for sure. I can still get a birds-eye view of two great players out there.”

(On what he admires about Packers QB Aaron Rodgers)

“He basically does everything well, so he’s got great command and experience. And [his] leadership – players are playing hard. He’s got a great style of play. He obviously throws the ball as well as any quarterback, he gets rid of the ball quickly, has great vision of the field and is able to extend plays with his legs. There [are] a lot of explosive players he’s got, so they’ve got a great football team and they’ve got obviously a top scoring offense, or a top offense, however you see it. It’s a big test. We’re going to have to go up and play great football to beat them.”

(On not having WR Antonio Brown for Sunday’s game)

“Well, I looked at just the whole situation. There were a lot of reasons to come here. Obviously [we’ve got] a great coaching staff and a lot of really great players. [I was] just wanting to come and compete. I’ve loved working with my teammates. We’ve all worked really hard to get to this point. To play in a championship game is a great experience. I love being able to do that with this group of guys who have worked really hard to get to this point. We’ve competed hard. We had a few rough moments in there, but we’ve won two playoff road games and we’re going to have to win a third if we want to get to continue playing. It’s a tough test. It’s a great football team we’re playing. It’s certainly not an easy task, but we’ve got to figure out a way.”

“I try to be very consistent over a period of time. Just show up every day with an attitude to get the work done. I’ve got a lot of people that I really rely on – the other quarterbacks, our quarterback coach (Clyde Christensen), Byron [Leftwich] our coordinator – we’re all working hard to try to put the team in a position to win. I have a lot of experience playing and I like to try and convey a lot of different things I think can be successful, whether it be a physical thing to a player [or] it could be a certain way that I see something happening. I think we have great communication and great rapport with everyone. The only way to work through things [is] to communicate through them. It’s been a really fun process. We put ourselves in a decent position, so now we’ve got to go capitalize on it.”

“I think our coaches have done a great job keeping us focused on what we’ve got to do. Again, I think everyone knows what is at stake. You don’t win one game and get here – you’ve got to go through a whole process to do it and our team has done that. We got through the regular season, put ourselves in a decent position, won two road playoff games and we’ve got a chance for four quarters of football to get back home to a home Super Bowl, which would be a pretty cool thing. We worked hard this week. There’s still a lot of mental prep to go. We’ve got to be at our best Sunday at 3 o’clock.”

(On what he enjoys about his role with the Buccaneers)

“I just try to do the best I can do to show up everyday with a good attitude, work hard and do what my job is. It’s been fun just being here and I had a great time in New England, as well. I’ve had a great 21 years. I’m a very blessed and lucky guy. The fact that I’m still playing football, for me, is a blessing. I’ve had a lot of great teammates that I’ve played with over the years and a great group this year. That’s the best part about football is all of the relationships you have. It’s been a fun year doing it.”

“Football was probably pretty different 20 years ago than it is now. I think the fundamentals of football have stayed pretty much the same. There have been some rule changes and so forth, but the team that is most prepared, has the best fundamentals and executes under pressure is the one that wins. I don’t think that changes. I think you can run different schemes and routes. No one has really reinvented the game. It’s probably more of a skill contest now than probably what it used to be. There is probably not as much contact. It’s still a very physical game, but probably more skill than power. It probably used to be as much power as skill and now it’s probably more about quickness and on how things are being called. That’s probably the only real difference.”

“I don’t think too much about those things. Again, I try to show up everyday with a positive attitude to work hard and do my job. Like I said, I’ve got a lot of great teammates [and] great coaches that do the same. The rewarding part in a team sport is that we’re all showing up together with the same goal in mind. How you work through adversity is a great thing. You’re always going to be challenged in football and in life and how you work through those things, how you communicate through them [and] how you inspire each other to be the best that you can be – that’s the best part about sports. That’s why I’m still playing.”

“He’s a big part of our defense. Obviously, he had a huge game with the interception and his tackles. Just his energy he brings to our defense and we’re just happy to have him as a leader on our defense – happy to work with him every day.”

“Adams is one of the best receivers right now, for sure, and of course he has Aaron Rodgers, who is arguably the best quarterback right now. They pose a ton of threats. He can literally throw every route. He’s just one of the best quarterbacks out right now – there’s nothing he can’t do, and it’s the same with Adams. He can run every route. [There’s] not much he can’t do, so we’ll have our hands tied come Sunday.”

“It’s something that we built from the ground up – a lot of young guys coming together, having growing pains, learning, taking our lessons and turning it into blessings. To get to this point is amazing, but we still understand that there’s a lot more work to do – that the job isn’t finished and losing now could make us feel as if we did all of this for no reason. We just want to finish the job.”