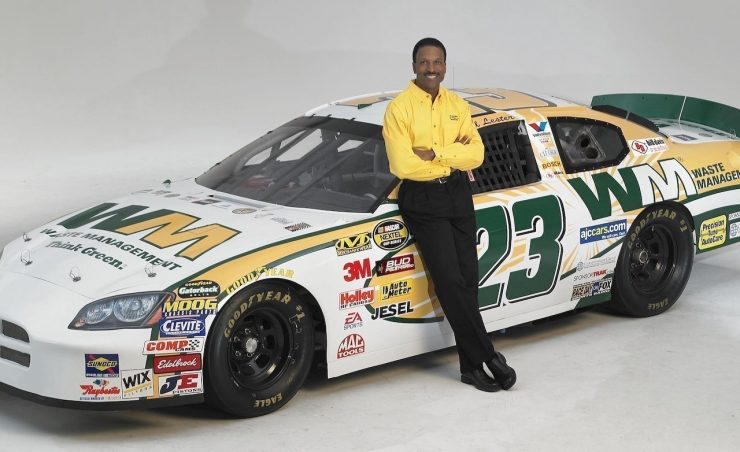 Link for ” Winning In Reverse” at the bottom of the article

Today I was blessed to have the opportunity to speak with NASCAR legend Bill Lester! Bill Lester was a pioneer as becoming one of the few African American drivers in NASCAR history. We talked about his love for racing at an early age after his father took him to his first racing event. Bill later became one of a dozen African Americans to finish at the top of his class, catapulting a career in engineering. At the age of 40, he decided to take a leap of faith and pursue a childhood dream in racing. Listen as he discussed his life and career in the NASCAR community.

Also, be sure to purchase his book called ” Winning In Reverse.” Via Amazon – “Winning in Reverse tells the story of Bill Lester whose love for racing eventually compelled him to quit his job as an engineer to pursue racing full time. Blessed with natural talent, Bill still had a trifecta of odds against him: he was black, he was middle aged, and he wasn’t a southerner.

Bill Lester rose above it all, as did his rankings, and he made history time and time again, becoming the first African American to race in NASCAR’s Busch Series, the first to participate in the Nextel Cup and the first to win a Pole Position start in the NASCAR Craftsman Truck Series

Whether you are contemplating a career or lifestyle change, challenging social norms, or struggling against prejudice or bigotry, Winning in Reverse is a story for sports fans and readers everywhere about the power of perseverance in the face of adversity.” You can purchase a copy today at the bottom of the link below: