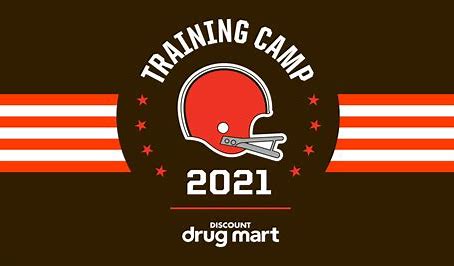 On how nice it is to have familiarity with everyone in the huddle this year:

“Pretty nice. First time in my career I have had all 11 starters come back, and obviously, some key role players, as well. It is good to know having the same system and everything, but just building that chemistry and the more reps we get, the more experience we have together. We are truly enjoying going through this process and working together.”

On if the starting point is further along than last year, given the familiarity the team has with the offensive system and each other:

“First, I would like to say last year, none of that matters, none of the success or not playing well matters. We have to have a fresh start, but we are much further along because everybody is not learning it for the first time and that is the key part. You have to focus on reteaching yourself the fundamentals and the basic details of these concepts. That is where you do not want to take that for granted. You want to teach all of the basics and the fundamentals first off so you can just refresh your memory and hit the ground running.”

On how it felt to have all of the Browns offensive weapons on the field yesterday:

“It felt great. Everybody looks good. Like I said, when you are able to have those same guys come back and you are speaking the same terms and the same terminology, it makes it a lot more enjoyable. You know how to push those guys, and we know that we can say, ‘Hey, based on this rep remember when we did this and this in this game? Hey, let’s change it up this time or gey, do the same thing you did last time.’ It is fun to see those guys working and competing together.”

On how the continuity on the team and staff will help with building on the success of last season:

“I think it is going to make us even better at our bread and butter stuff. I think we have to have a true identity rolling into this year where we can grow as the season goes on. You do not want to peak early. You want to be good, but you want to continue to get better each week. I think that continuity is going to help us with that.”

On if there are similarities between his growth in college and in the NFL over four years:

“I think it is similar but not exactly relatable. When it comes to the college stuff, I had the same system and same coaches so the growth was within that system. Here it has been chemistry with these guys and some of the same faces, but we have not had the same system the whole time. Now, I am truly hoping to make a huge jump taking care of the ball and being efficient.”

On if he feels that he reached a good place during his third season and is in an even better place to start training camp in Year 4, making a comparison to former NFL QB Drew Brees’ career trajectory:

“I can play a whole lot better than last year, I know that. I am trying to improve each year. When it comes to looking at other guys in third to fourth years, I do not compare myself to anybody. I try and be the best version of me. That is what we try and stress in this building is it matters what goes on if you are getting better, the team is getting better, we are pushing each other and you do your job first and foremost.”

On if he can tell that WR Jarvis Landry got lighter in the offseason:

“He looks extremely explosive. I know he told you guys he feels more comfortable and a little bit healthier rolling into this year, and he has touched on that. Mentally and physically, he looks great. You can tell just the pep in his step right now.”

On how impressive it was to see Landry play through injuries last year and if he could ever tell that Landry was not feeling 100 percent like himself:

“Early in the week, he had his old man Jarvis walk going on. He is a tough guy who he wants to put the team first always so he was laying it on the line each week. That is why we appreciate Jarvis so much around here.”

On keeping teammates from getting caught up in the external expectations and outside noise:

“Like you said, it is way easier said than done, especially when we have the TVs on all of the talk shows are on. It comes down to – I touched on it a little bit over here and earlier question – doing your job first and foremost. If you are not doing your job, then you might be distracted, you might be trying to do too much or you might be listening – good or bad stuff on the outside, you never want to listen to it. You never want to get too high and never want to get too low. I think that is something that I have tried to emphasize in my daily routine. I try to stress that with these guys. That is my job to be the leader for these guys and stress that.”

On if he feels more comfortable taking ownership of the offense and teaching his teammates at this point in his career:

“Absolutely. Like I said, now going into the second training camp in the system and knowing the ins and outs and the little nuances that are so important of being able to overemphasize those. Just because I might think that somebody knows the little details, overcommunicate because I think that is the most important part right now. Yeah, it is continuity and everybody is saying same system and same people, but you have to emphasize those little details over and over. I am definitely a lot more comfortable to do that this year.”

On how he and WR Odell Beckham Jr. can work on their chemistry during training camp following the season-ending injury:

“First, I would say that normal people and normal athletes do not come back from an injury like that as quickly as he did. Hats off to him. He obviously worked his tail off to get to where he is right now. When it comes down to the chemistry stuff, every rep matters for us, but then just the terminology and speaking outside the building, not just about football, that goes such a long way when it comes to chemistry and that trust factor. We have made huge strides, and I know he feels the same way.”

On QB Case Keenum stating in the past that when working with top NFL WRs it can take some time to build chemistry and how this year could be a strong opportunity to create a better chemistry with Beckham:

“Year 1, we were definitely just trying to get used to each other. Last year, did not have a full season by any means because of the injury. This year, I think we have had our backs against the wall the two of us together. I think we can relate a lot on those types of things. You are right, having success is always sweeter when it is not just handed to you, it is not the easy road, you hit adversity and you have to battle through it. That is just the way of life, too.”

On what his relationship was like with Head Coach Kevin Stefanski at the start of training camp last year with limited time together due to COVID-19 protocols compared to now:

“I actually know what he looks like now instead of the mask (laughter). It is just different. We were not able to be in person for these meetings. Having in-person the first full offensive meeting together on the report date, that type of thing is something that we did not realize it, but we took it for granted. I do not think we will now, being able to all be together and do that. When it comes down to being with Kevin and being able to have those conversations, there is a lot more communication going on now than there was last year – not that we were lacking any, but it is just a lot more accessible now.”

On what stands out to him about performing well in the second half of 2020, in addition to becoming more comfortable with the offensive scheme during the bye week:

“Where I was going with the ball – taking care of it, first and foremost – just progression, listening to my feet and trusting everybody on the field. Not trying to predetermine where I am throwing the ball based on coverage. Just reacting and going through that and distributing the ball to our skill players because we have a great group. My job is not to try and do too much or control the game. It is to get the ball out and into their hands.”

On focusing on improving third and fourth down situations in practice:

“You have to have a lot of simulated experiences when it comes down to third down practice and fourth down – those periods where you emphasize it. Also in these meetings, it is emphasizing the importance mentality-wise and how you want to attack those downs and distances and situationally, what is a defense trying to do to stop you – do you have any tendencies, do they have tendencies and how do you play on those. I think it is just that football IQ, and expanding that helps overall. It is something that we are definitely going to emphasize this year so we can have early success.”

On the importance of chemistry on the Browns OL and with the QB:

“Those are my guys. Obviously, we had quite a bit of rotation [last season], as well. Some guys stepped up in big ways last year. Having all of those faces back, it is extremely important. Terminology-wise in the run game, we are only going to continue to improve because those guys are speaking the same terms, they have worked with each other, they know the steps and how they play off of certain blocks, double teams and stuff like that. It is just so important. In pass protection with (C) JC (Tretter) up front – obviously, he is so smart to be able to ID stuff and get us in the right calls – and if I see something else, just having that open line of communication and trust where we have played with each other and nothing is going to offend each other so we are going to have that open communication and talk. They are outstanding, and (offensive line) Coach (Bill) Callahan does a great job of getting these guys ready each year.”

On his reaction to Oklahoma and Texas joining together to submit proposals to join the SEC together: