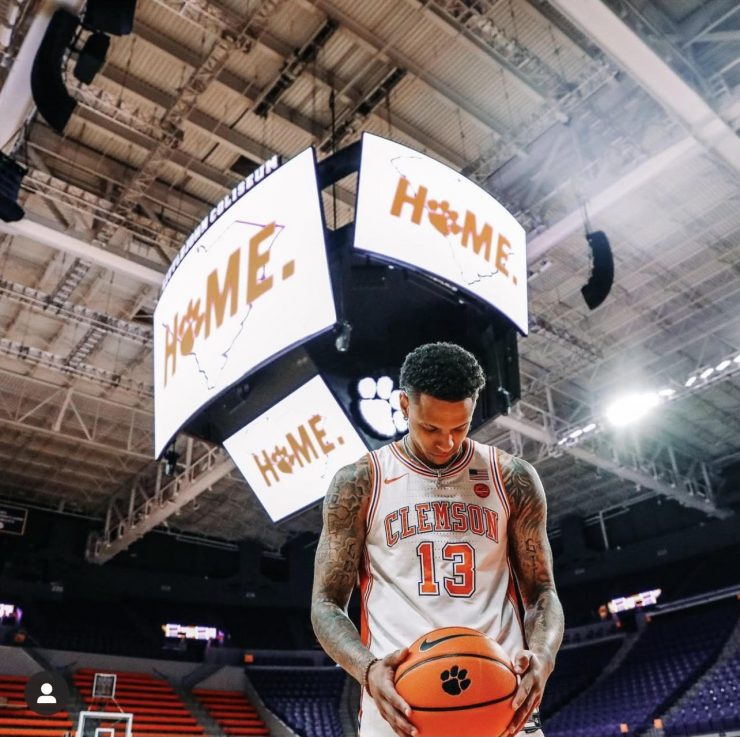 Anderson, South Carolina native Brevin Galloway has always had a heart for the game of basketball. Starting at the Anderson YMCA at just four years old, that is where the love began to form. Growing up, it was him and his brother, former Clemson Tigers tight end Braden Galloway, always playing together until Braden later explored his football talents. Although the two play different sports, they are both still competitive as most siblings would be.

Galloway spoke on what kept him playing basketball as he got older, “basketball has introduced me to some crazy people and has sent me to some crazy places… the relationships you build and the experiences you get are what’s going to keep me playing.”

Once Brevin graduated from high school, he went on to play for College of Charleston and later finished out his last year at Boston College following Coach Grant, a well known coach and mentor figure that he looks up to on and off the court. “Coach Grant impacted me in a lot of ways, how to be a man, a husband and how to take care of his family. Observing him over the last few years has been great. Very humble and one of the best individuals that I know, watching him over the years has taught me a lot” Galloway stated.

Unfortunately due to injuries, Galloway had to take some time off and rehab himself so he could get back on the court as soon as possible, but not only did injuries stop him, Covid-19 impacted playing time as well. Even though he has gone through a lot of adversity, when asked about what his motivation is he stated, “I never felt motivated, but after being hurt, getting back to what I used to be to be able to do what I want to do on the court.”

All that to say, that was not the last we had seen of the 6’2 Guard out of Anderson, SC. After all that he went through, there was still hope to come back 100% healthy and play his best ball yet, Galloway found out that he had one more year of eligibility so he took that opportunity as a blessing in disguise and is coming back home to play his final year for the Clemson Tigers. That’s right, another Galloway is going to be a Clemson athlete.

When asked about his future plans after this final season, Galloway mentioned that it is possible to have a crazy year and get drafted, but he would like to play professional basketball for at least another five to six years and then get into coaching, as long as he is staying in the south east of the United States.

Some may not know the name of Brevin Galloway, but those that do know this is a very humble man who keeps going through it all, with the support of his family and loving girlfriend, there is nothing that he can’t do, and the world will soon know who he is, whether it be on the court, or on the sidelines.