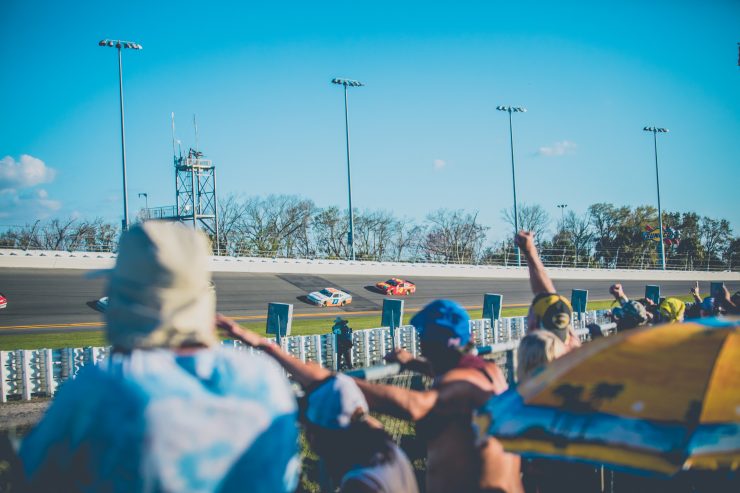 Photo by Tim Trad on Unsplash

It was an exhausted Friday evening, our family all reeling from the effects of Covid-19. I finished watching an old race from Atlanta in the mid-1990s. My wife, who has been a NASCAR fan as long as I have, asked me why the tracks that are not Road Courses only turn left. At first, I laughed at her because, for years, she has made fun of me for watching drivers make consecutive left-hand turns for hours. But then, I put some serious thought into why there are no tracks that are right-hand turns. Honestly, I am stumped. I’ve been so accustomed to all the left-hand turns that I never wondered why we never run a single track that doesn’t have just right-hand turns.

I could dig for the info, but I think I would be laughed at and hung upon. So I will skip all of that and ponder for myself. When NASCAR began racing on the beach of Daytona, the track was shaped like a large paper clip. The beachfront was the start and finish line, and the backstretch was behind the grandstands. The drivers drove north on the beach, diving left into turn one and exiting turn 2, only to make another left at the end of the next straightaway. But why did they have to run north on the beach instead of south? Make right-hand turns into the corners instead.

Fast forward six decades. The NASCAR schedule this year offers a total of seven road courses. For years, there were only two, being Sonoma Raceway and Watkins Glen. The evolution of NASCAR into a more unilateral sport, offering more diversity of track selection, is a brand new process. If you take away all of the road courses, there are only left-hand turn tracks. There’s not a single track that is only right-handed. Couldn’t they just run a track backward? Most of the current tracks could do so, but the thought has not been crossed, at least not publicly. But none of this gives us any indication as to why we don’t already have right-hand tracks. To me, the answer is simple, comfort. When the first races were run, the drivers had streetcars that weren’t even equipped with seat belts. Helmets were never worn, nor gloves or any safety equipment. You were safer on a moped doing 90 MPH on a busy street, with a blindfold and balancing a suitcase on your back.

But even back then, the driver’s seat was on the left. It always has been. So when the track designers made their decisions, they went with what the drivers liked – and that was left-hand turns because, well, that was more comfortable when sitting on the left-hand side of the car. Yeah, I think the answer is that easy. I cannot for the life of me come up with anything better. That’s not to say that NASCAR doesn’t have a different reason, but it’s not just NASCAR tracks that are, by natural design, left-hand turns only. I would love to ask Sig Haugdahl, credited for designing the original beach course at Daytona, but he died 13 years before I was born. I think the moral of the story is that I will still be watching NASCAR races no matter what direction they turn, and my wife can keep nagging me about left-hand turns.