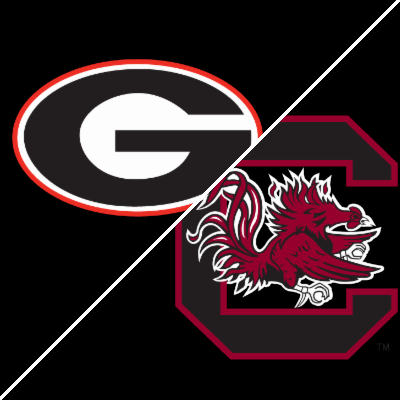 As of Friday evening, there is no announcement as to who will start at Quarterback for Georgia, but I find it hard to believe that JT Daniels isn’t a go after dressing out last week against UAB. Stetson Bennett did a great job in relief last week, but I don’t expect the same numbers this week if he plays. If Daniels isn’t ready, I hope the Dawgs go with True Freshman Brock Vandagriff. Carson Beck had the opportunity to showcase his skills and fell very flat. The rest of the roster should look the same as it did against Clemson, not because the opponent is similar, but the last time the Gamecocks visited Athens, the Bulldogs lost, and the Hedges were robbed.

When I look at this South Carolina roster, nothing pops out that tells me they can last until halftime with the game being close. And it’s no offense to them; they have undergone coaching changes and roster overhaul, but the continuity isn’t there, and the recruiting classes have not been there for a long time. This group has a lot to prove for Shane Beamer, but I scratched my head for days when they announced him as the new Head Coach. There were candidates all across the country that I thought were available and clawing for an SEC job, like Luke Fickell of Cincinnati. But to each his own.

Georgia should overwhelm the Gamecocks offensive line like they did Clemson and UAB. This secondary for Georgia hasn’t been tested but likely won’t until later this year, thanks to the men up front. I would also expect these linebackers for Georgia to create problems in the perimeter and shut down the running game.

Offensively for Georgia, no matter who the QB is, I expect the running game to lead the way this week, with Zamir White taking the largest share of the carries but James Cook ending up with the most yards on the day. This group of receivers can stretch the field but haven’t shown yet that they can win on the short routes, so the verdict is still out on whether or not this offense can convert third downs.

The final score should be somewhere around 31-6, in favor of Georgia. And I’m sure there will be those who disagree with how many points South Carolina puts up, but this defense has yet to allow a touchdown all year, and this offense doesn’t look to me as if they are capable of ending that streak. If you are betting on this game, I will take South Carolina since the oddsmakers are giving Georgia a 31.5 point cushion. What’s important for both teams is to learn something about themselves and leave healthy.